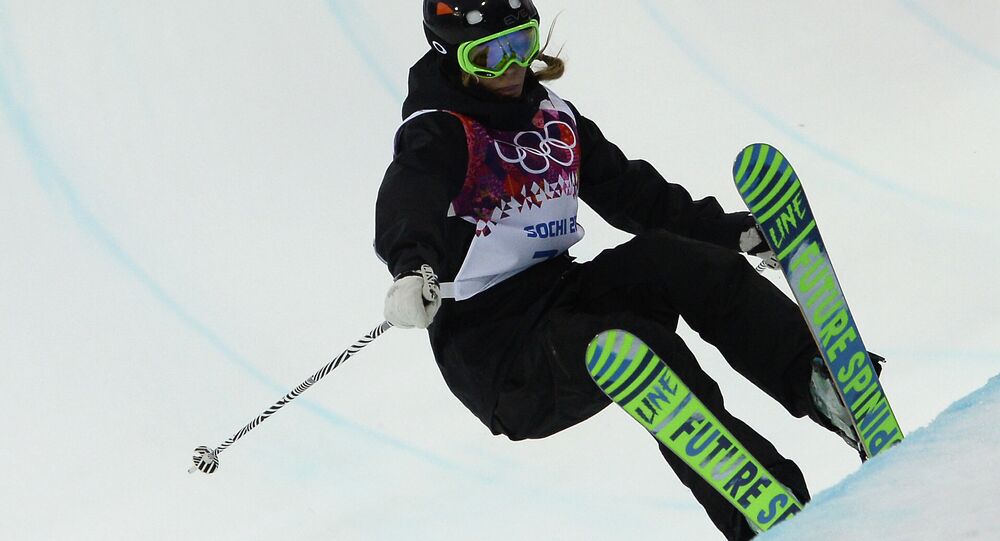 'It's Not Fair': Spanish Skier on the Use of Medical Exemptions in Sport

In an interview with Sputnik Mundo Spanish freestyle skier Katia Griffiths, who took part in the 2014 Winter Olympics in Sochi, said that the use by athletes of banned substances is absolutely impermissible without exception.

“It is not fair when athletes, who can use medical exemptions to beat drug testers are allowed to compete with their ‘clean’ colleagues. I was outraged to learn from the latest disclosures that some sportsmen had for many years used drugs to show great results,” Griffiths complained.

When asked about the IOC’s decision to ban many Russian athletes from the Rio Olympics, Katia Griffiths said that in some cases those were unfair decisions and she felt sad about it.

© REUTERS / Neil Hall
WADA Report Claims That Over 1,000 Russian Athletes Allegedly Involved in Doping
“Being an athlete myself, during the Sochi Olympics I did not notice any signs of Russian athletes using drugs. I agree that politics are playing a growing role in today’s sport. In some cases this is something you simply can’t miss. Unfortunately, the main victims of this practice are athletes themselves,” Katia Griffiths told Sputnik Mundo.

In July 2016, a WADA commission led by Richard McLaren presented a report based on the investigation results, in which Russia was accused of running a state-wide doping program, urging the International Olympic Committee (IOC) to consider a blanket ban on the entire Russian team.

The second part of McLaren's report was presented on Friday in London. It contains 144 pages, including tables with data on doping samples without specifying the names of the athletes. The report refers to the runner Anastasiya Kapachinskaya and discus thrower Darya Pishchalnikova.

Their disqualification for doping abuse has been officially reported previously.