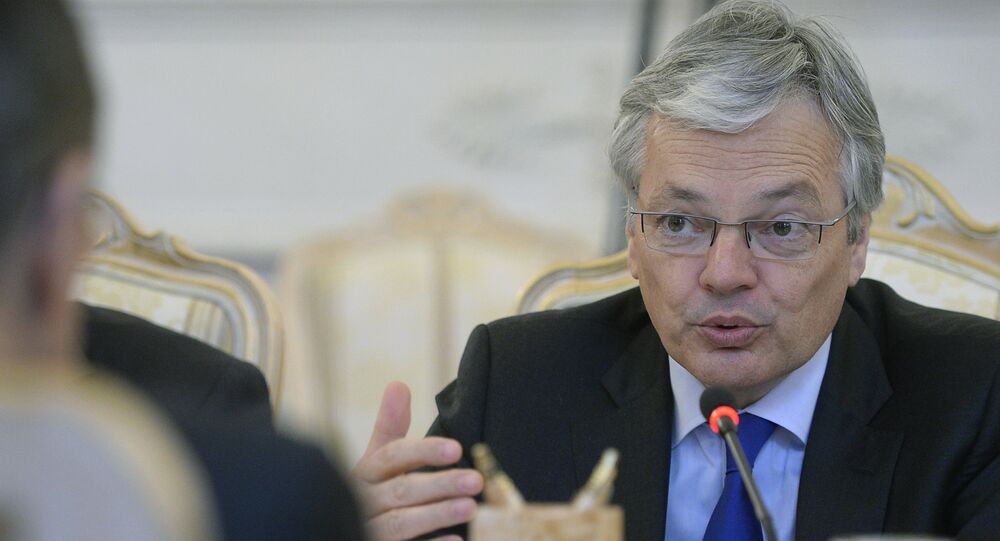 Europe Is to Focus on Internal Problems, Not on US Elections - Belgian Minister

Europe should more concentrate on its internal problems, instead of following the results os US Presidential Elections, Belgian Foreign Minister Didier Reynders said on Wednesday.

"It is necessary to relativize the [US presidential] election in relation to our own problems," Reynders was quoted as saying by Le Soir newspaper.

According to Reynders, the European countries "could not give many lessons" to the United States due to the number of problems it could not solve itself.

He pointed out that the migrant crisis and rise of populist movements remained the most acute problems that Europe was facing, adding the United States was struggling with such challenges as well.

On November 8, Trump won the US presidential elections despite most of the analysts and opinion polls predicting his defeat to Democratic Party nominee Hillary Clinton.

His victory has triggered sharp reaction in the European countries, as many consider he would undermine the existing world order, referring to his election pledges regarding the US role at the international arena. For instance, Trump promised to revoke a number of trade deals, namely the Trans-Pacific Partnership and decrease US contribution to NATO.