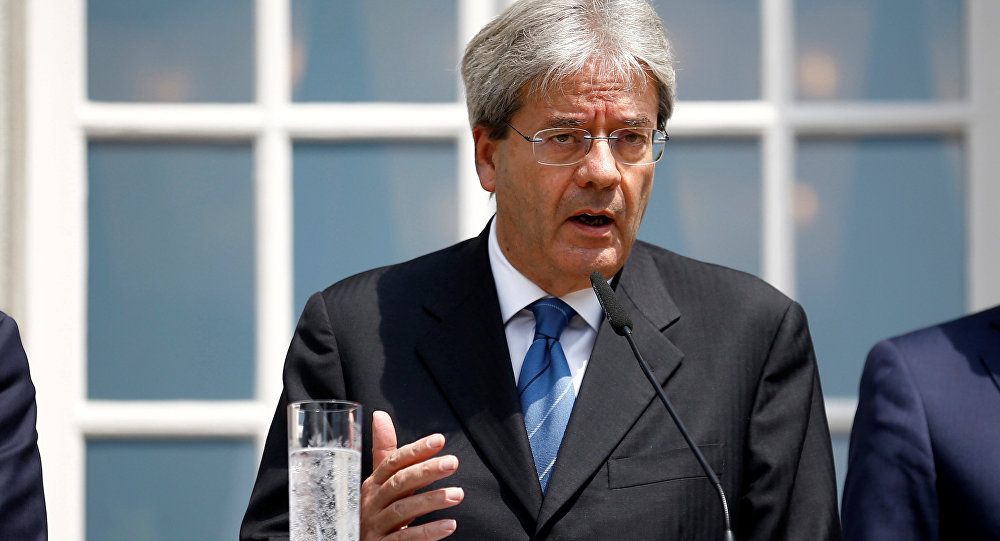 The proposed constitutional reform in Italy, which is a subject to a nationwide referendum on December 4, will not lead to the EU economy's destabilization, Italy's Foreign Minister Paolo Gentiloni said.

© AFP 2019 / Nicholas Kamm
Italy Next in Line to Shock Government With Referendum, Polls Predict
MOSCOW (Sputnik) — The foreign minister expressed hope that the "yes" vote would prevail and that country’s Prime Minister Matteo Renzi would change his mind on resignation in case of reforms were rejected.

"Do not fasten your seat belts because it is not the case of tremendous turbulence. In any case we will have a weaker and more unstable country, but not a threat for the European economy," Gentiloni told CNBC in an interview published on Monday.

"I think that the Italian majority [will support the reforms] — maybe it will be a thin margin — but it will be a majority. They will not lose this opportunity," Gentiloni stressed.

Italy’s economy will be able to cope with a period of uncertainty, which will follow the government’s resignation, he added.

On August 8, the Italian Court of Cassation approved the holding of the referendum on the constitutional changes which would see the Senate's powers limited in hopes to put an end to deadlocked government and political paralysis, frequently seen in present-day Italy. It is also expected to give a winning party a chance to govern without forming shaky coalitions by introducing the system of run-off elections.

The opponents of the changes, including Forza Italia and Lega Nord parties, fear the reform could remove democratic checks and balances and lead to the over-centralization of power. Polls have shown the "yes" and "no" camps almost neck-and-neck, with many voters still undecided.