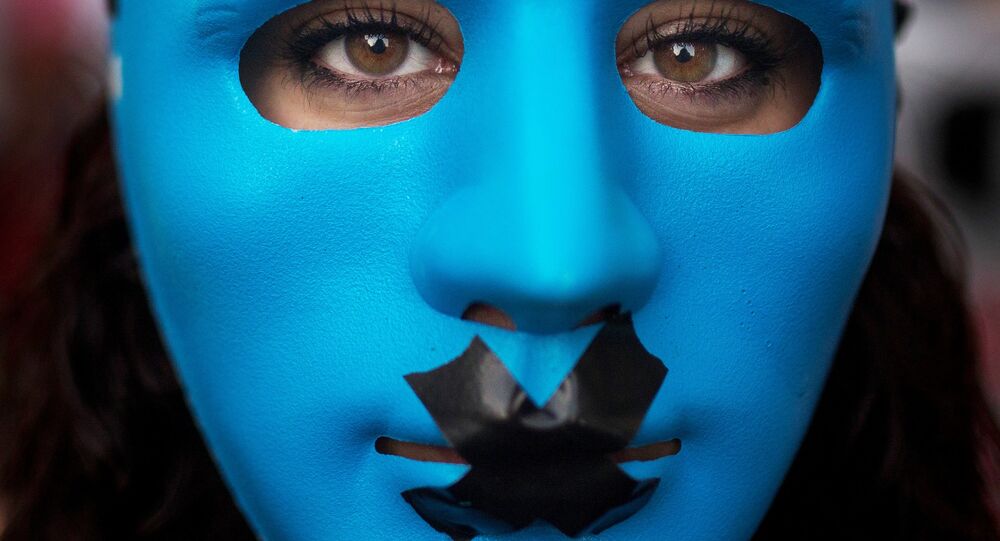 The European Parliament’s resolution aimed at counteracting Russian media has no sense and Moscow should not respond to it, as creation of a negative response was among the goals of this document, Serbian President Tomislav Nikolic told Sputnik on Saturday.

"This is a senseless resolution and I do not know, what its purpose is. After all the changes that have been caused by many elections in the western hemisphere, there was a feeling that we could cooperate very well, to solve all the arguments, especially between the West and the East, the [EU] lawmakers have suddenly proposed such an initiative, I think that it is very strange and futile," Nikolic said.

He added that Russia should not pay much attention to the resolution that aimed at creation of negative attitude, some kind of opposition from Russia's media outlets.

© AFP 2021 / DANI POZO
'1984': EU Resolution on Russian Media First Step Toward 'Total Censorship'
According to the Serbian president, the resolution could encourage interest from the EU citizens to know the position of Russian media about the events in the world.