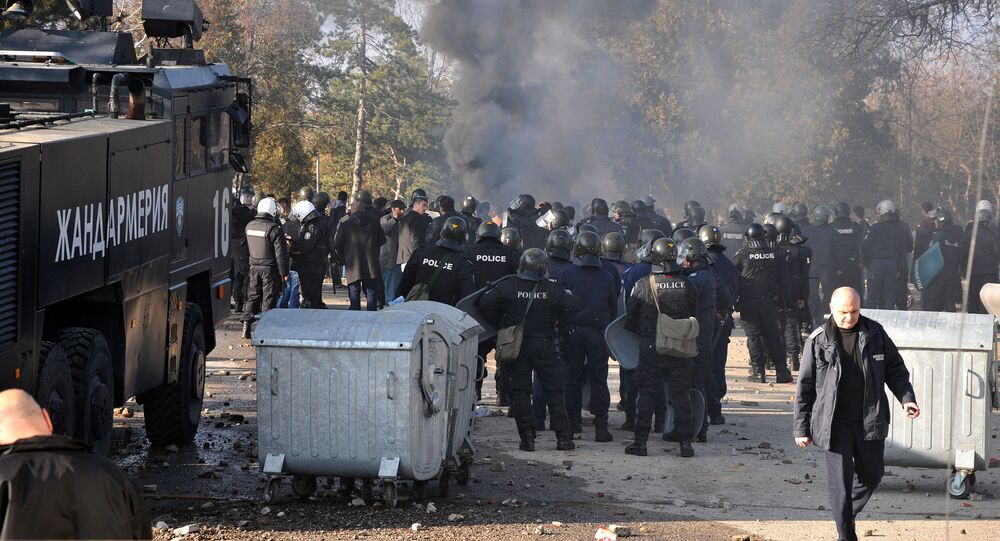 MOSCOW (Sputnik) – Earlier in the day, thousands of undocumented migrants from the Middle East and South Africa started a riot as the authorities put the camp into quarantine, locking the migrants inside, local media reported. According to media reports, the rioters threw stones at police officers.

The riot erupted as a result of the "inadequate government policy on refugees", Ninova said, as quoted by the BTV channel.

© AFP 2020 / DIMITAR DILKOFF
Bulgarian Police Detain 38 Undocumented Migrants in Sofia
According to Ninova, there have already been complaints on the center’s various problems, including poor medical treatment, however no measures have been taken to improve the situation.

Earlier this week, Bulgarian authorities decided to enforce a quarantine due to a threat that migrants may be the carriers of infectious diseases and may provoke their spread. However, after medical checks, the doctors reported that there was no danger of an outbreak of serious infectious diseases.

Pope Urges ‘Dignity’ for Refugees at Meeting With Bulgarian President