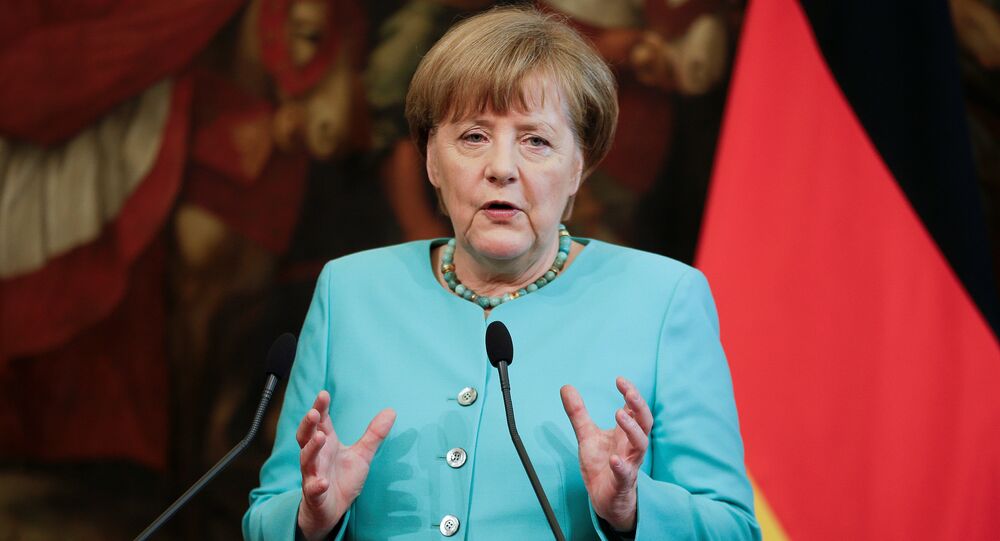 German Chancellor Angela Merkel's CDU party has issued a manifesto saying it will get tough on migrants in an effort to counter the right-wing policies of the AfD party, under what is being seen as pressure from her CSU sister party in Bavaria.

Merkel's Christian Democratic Union (CDU) Party has published a position paper, Orientation in difficult times — for a successful Germany and Europe, which advocates setting up so-called "transit zones" — where migrants are processed as well as plans to return all "shipwrecked migrants" arriving on European shores back to Africa where they came from.

Both of these ideas — believed to have been agreed under pressure from Merkel's sister party in Bavaria — the Christian Socialist Union (CSU) — are controversial.

Bavaria has borne the brunt of the refugee crisis, being the major point of entry from those fleeing war-torn nations, such as Syria, Iraq and Afghanistan, who make their way via Turkey and the West Balkan route into Germany.

Proposals in late 2015 to set up "transit zones" at Germany's borders to house the refugees while being processed were opposed by the other party in her coalition, the
Social Democratic Party (SPD), which likened the idea to setting up concentration camps.

At a crunch meeting in early November 2015, Merkel backed down over the camps and agreed to set up refugee centers in major towns and cities and speed up the processing of refugees and the deportation of those refused asylum.

© AFP 2021 / LOUISA GOULIAMAKI
UNHCR Worried for Refugees' Rights in EU-Turkey Migrant Deal
The ambition to relocate "shipwrecked migrants" back to countries in Africa is likely to hit the same opposition as the EU-Turkey migrant plan. Under that agreement, "irregular migrants" — those refused asylum in Greece — are relocated back to refugee camps in Turkey.

That practice has brought condemnation from many NGOs, including the UN refugee agency UNHCR, which say the scheme goes against the Geneva Convention, which holds that migrants may not be returned to "third countries" which are deemed to be "unsafe."

Meanwhile, the paper also says that refugees seeking asylum in Germany must join voluntary organizations and take part in local sport, culture, music and songs, in an effort to show a commitment to contributing to social cohesion within Germany.

© AFP 2021 / CHRISTOF STACHE
German police officer and a migrant boy joke with the officer's cap while migrants wait for a bus after their arrival at the main train station in Munich, southern Germany, September 1, 2015

The wording of the paper is significant, given Merkel's staunch defense of her open door policy, which brought her so much condemnation — not least from the CSU — in 2015. It is clearly designed to fend off right-wing groups, such as Alternative for Germany (AfD), which are gaining support at the expense of the CDU/CSU and their coalition partners, the SPD.