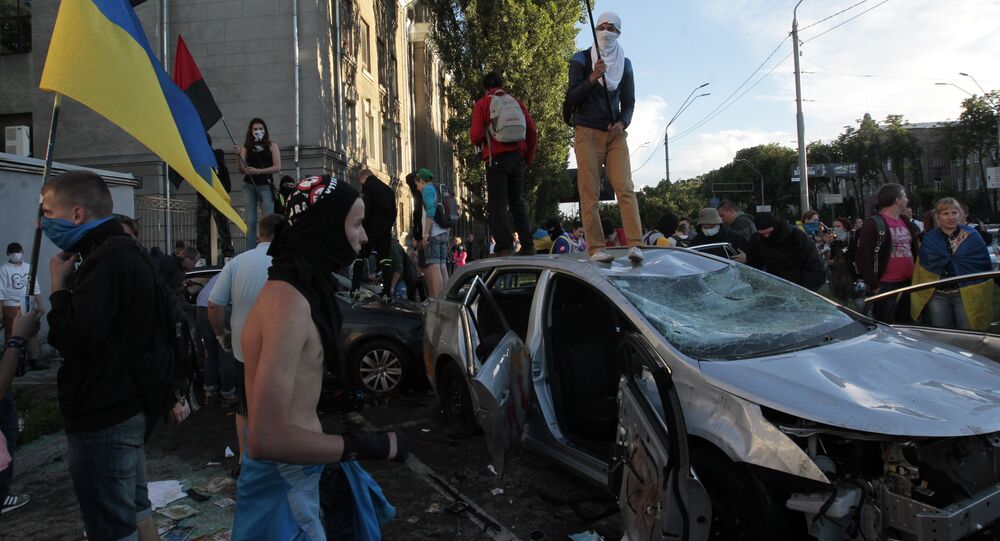 German Chancellor Angela Merkel and Ukrainian President Petro Poroshenko discussed a road map on settling the crisis in Ukraine and the implementation of the Minsk agreements, the German Chancellor’s press service said Monday.

BERLIN (Sputnik) — Earlier in the day, the Ukrainian president's press service announced that Merkel and Poroshenko discussed plans for a meeting of foreign ministers of the Normandy Four format in late November.

"I can confirm that a telephone conversation has been held today between the German chancellor and the Ukrainian president Poroshenko. The conversation was about the implementation of the Minsk agreements and a preparation of the ‘road map’," a representative of the press service told RIA Novosti.

© Sputnik / Vitaliy Belousov
Moscow Demands Release of Russians Kidnapped in Crimea by Ukrainian Operatives
The press service added that it could give no specific information on the upcoming meeting of foreign ministers of the Normandy Four format in November.