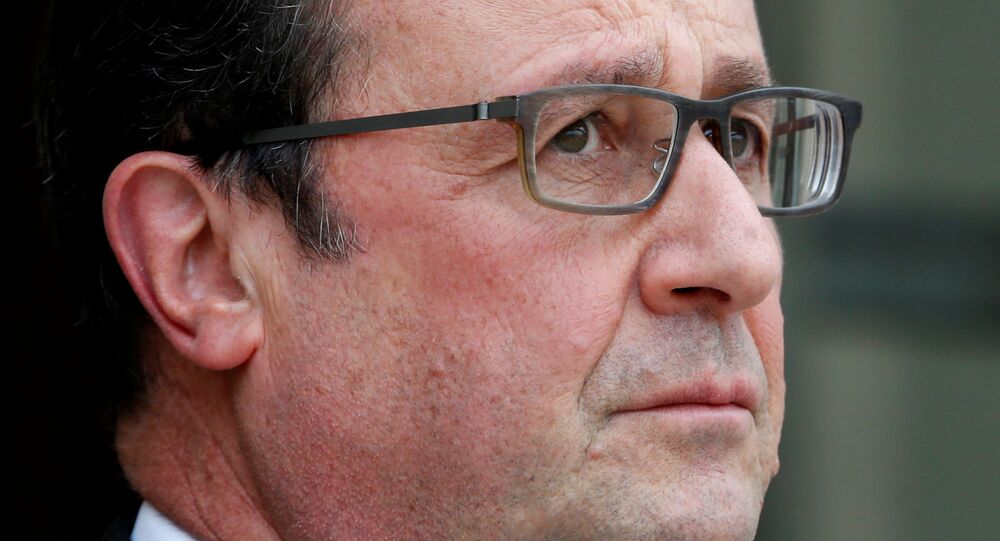 Bernard Poignant said that current French President Francois Hollande is still the most relevant and experienced Socialist politician to represented the French Left at the next spring's presidential elections.

"I remain convinced that the current president is the best to represent the reformist Left. He is best suited to bring [people] together, the most experienced of all, the most able to carry out a strong and catchy campaign," Poignant, who is now a prominent member of the Socialist party and previously a mayor of Quimper and European Parliament lawmaker, stated.

His comment came as France is in the middle of pre-election campaign with the opposition Republican Party holding first primaries this Sunday to select its nominee for next year’s presidential elections.

Two-round primaries at the Socialist Party are scheduled for January 22nd and 29th. Hollande promised to announce whether he would seek the reelection in December, but polls suggest that he, already France's least-popular president, will not get the party nomination.

"Current circumstances do not support this choice [Hollande's nomination]. But they will change as soon as Francois Hollande enters the field and I wait his decision," Poignant stressed.

In October, Hollande's approval ratings (now at 15-18 percent) went further down, when a controversial book "A President Should Not Say That: Secrets of Five Years in Office" was released. The book records dozens of Hollande's private conversations with journalists including the Elysee Palace chief's comments on the French airstrikes in Syria and his admission that he personally ordered the assassination of enemies of the state.

A fresh survey conducted by the BVA institute suggested that the sitting president would lose to his former Minister for Industrial Renewal Arnaud Montebourg, who made his bid this summer, adding that the incumbent Prime Minister Manuel Valls would win the primaries if he decided to stand.

The very probable Wednesday's nomination for presidential candidacy by Hollande's former economy minister — pro-business Emmanuele Macron, who now stands as politician outside of political clans and parties — may present a further blow not only to Hollande, but to entire Socialists camp.

The French ruling Socialist Party is not placing any bets on who may come out as a sole candidate from the rival Republican Party upon November primaries and will proceed with its work irrespective of who it will be, an adviser to Socialist President Francois Hollande said.

On Sunday, the right Republican Party will kick off first-ever party primaries to choose a candidate to run for presidency in the March 2017 elections.

"As for the candidate [from Republicans] whom the Left may prefer, it will do with the chosen one. Sarkozy flirts too much with the extreme right freeing a space in the center. Juppe leans towards the center, discouraging more radical voters. And when the French discover their social program, it is possible that their trend changes," Bernard Poignant said.

Two front-runners among seven contenders are former Prime Minister Alain Juppe and ex-President Nicolas Sarkozy, with the latest poll by BVA giving both politicians 37 percent and 29 percent approval rating respectively. The third man in the race is another former head of government Francois Fillon, who was long regarded as an outsider but gained 7-10 percent recently and now enjoys 18 percent approval rating.

Poignant added that in the electoral process nothing could be surely predicted in advance.

"How the French may vote will begin to clarify in the middle of March before the the first round [of the presidential elections]. I therefore remain cautious in my prognosis," Poignant said when asked who will have a better chance of standing against leader of the far-right National Front Marine Le Pen in the second round in May.

If the single candidate does not emerge this Sunday, the Republican Party will hold a second round of voting, with the BVA poll projecting a victory by Juppe with 59 percent over Sarkozy with 41 percent.