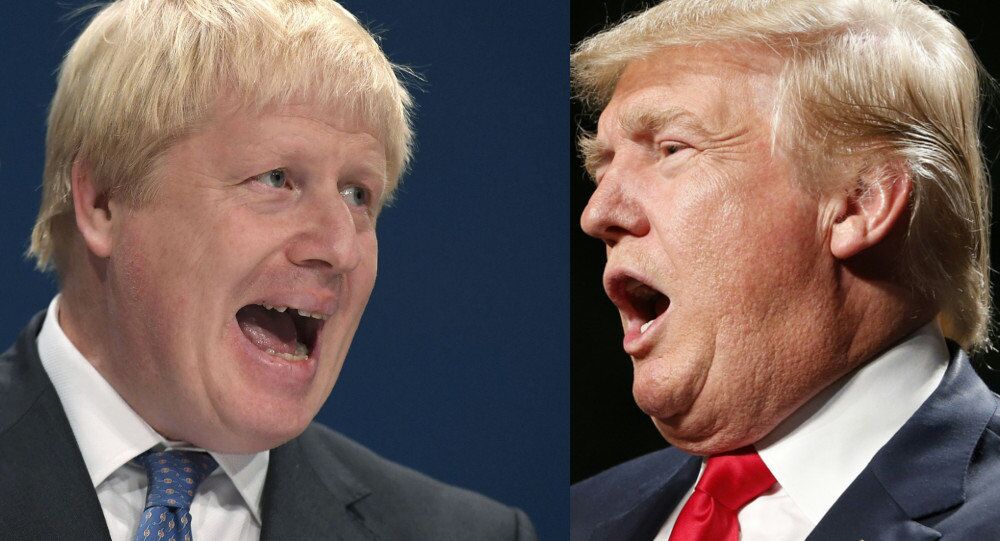 US Presidential victory for Donald Trump isn't "doom and gloom," according to Britain's own blonde bombshell, Boris Johnson.

The UK's foreign secretary Boris Johnson has responded to the almost Brexit levels of despair expressed by "remainers" after the UK voted to leave the EU.

"It's time we snapped out of general doom and gloom about this election," Mr. Johnson said, according to reports by Reuters.

Bojo, as he's colloquially named in the UK, was speaking to reporters after meeting Serbian Prime Minister Aleksander Vucic, where he described President-elect Trump as a "dealmaker."

"I believe that this is a great opportunity for us in the UK to build on that relationship with America that is of fundamental economic importance for us but also of great importance for stability and prosperity in the world," Johnson said.

However the rhetoric espoused by Bojo is a far cry from the words he once used to describe Mr. Trump.

'Out of His Mind'

Following a call to ban all Muslims from the US made by Donald Trump in the run up to the US election, Boris Johnson, who was London mayor at the time, said he was "out of his mind" and didn't fancy going to New York in case he bumped into him.

But as the UK's referendum became a reality, Bojo acted like King Brexit, leaving critics with little choice but to predict a future in which Donald Trump and Boris Johnson were intertwined.

Couldn't not get a snap of this on my way to work. Well done #Bristol Not #InForThis? pic.twitter.com/3sUFThmTvO

Meanwhile Nigel Farage, Britain's other biggest Brexit advocate and outspoken fan of Donald Trump has been earmarked to preserve the UK and US' "special relationship."

It had been reported that UKIP interim leader Nigel Farage was poised to be a "go-between" between the British minister and Donald Trump advisers.

But Nigel Farage has already sets his sights a bit higher, suggesting that he could become a member of Trump's team as his European Union ambassador.

However, it had been reported that International Trade Secretary, and former disgraced defense secretary, Liam Fox was intending of placing Mr. Farage in between the government and the US President-elect's team.

Reports which have since been denied by Downing Street with sources going as far to say that Nigel Farage was an "irrelevance."

2016 is the year of political revolution: Brexit in the UK and @realDonaldTrump in the US. pic.twitter.com/WOzS9ZeIYt

Mr. Farage, who had already bought his airplane ticket to the US the day after the election, is in Florida, where the weather and sentiment is a far cry from Britain's gloomy skies.

'Brexit, Plus, Plus, Plus': US Does the Math, Leaving Britain to Work It Out