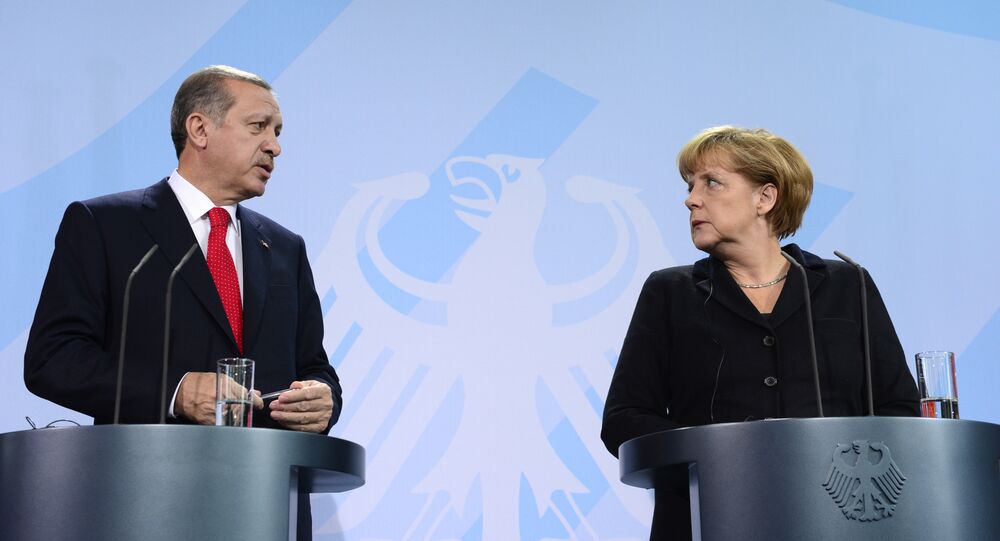 Ankara has tensions with Berlin because the latter supports those "against Turkey", Turkish Foreign Minister Mevlut Cavusoglu said.

"We have tensions with Germany, because it does not support Turkey, but those, who are against Turkey… Their [German] government is very well aware of the fact that money for PKK is being collected in Germany. PKK continues its activity there. Germany does not extradite PKK members to Turkey and it has opened the door for the Fethullah Terrorist Organization [FETO]," Cavusoglu said at a press conference in Ankara.

© AP Photo / Cagdas Erdogan
'Let Tears Stop': PKK Leader Pledges to End Conflict With Ankara in 6 Months
According to Cavusoglu, Ankara is ready to discuss these issues with Berlin, though, "the mutual respect" is needed for this.

PKK is designated as a terrorist group in Turkey and the United States. The European Union also lists the organization as terrorist, with the European Parliament voting against removing the PKK from the list in 2015.

Earlier in November, Turkish President Recep Tayyip Erdogan accused Germany of becoming an asylum for the followers of Gulen. In late October, the German interior ministry confirmed that 35 Turkish nationals with diplomatic passports had applied for asylum in the country since the failed military coup attempt in Turkey on July 15.