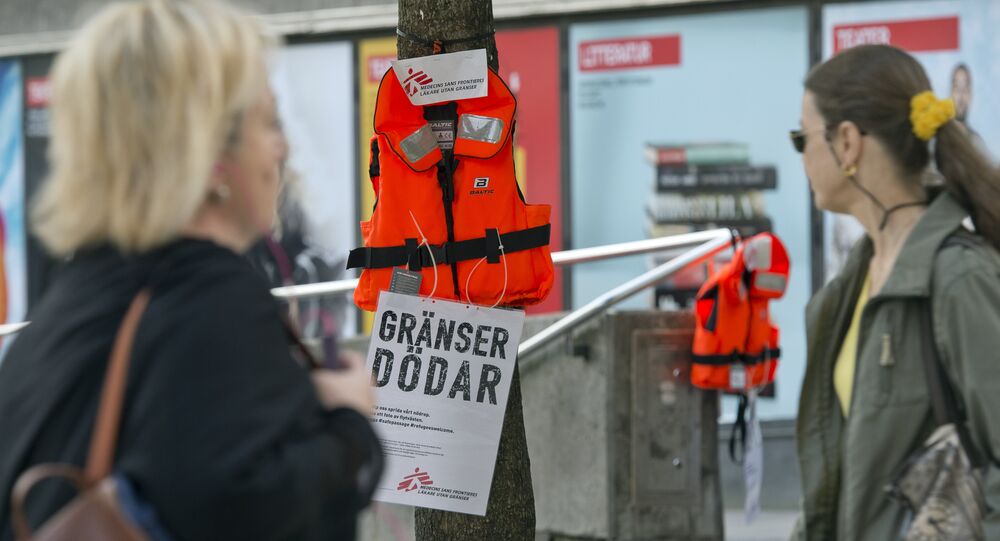 Contrary to their public image of tolerance and equality (as well as their government's multicultural ambitions), Swedes seem to have had enough of ongoing immigration. In particular, a recent study has revealed that Swedish women are losing their faith in the widely-advertised multicultural society.

© AFP 2021 / LEIF R JANSSON / SCANPIX SWEDEN
Tables Turned: Emigration From Sweden Eclipses 19th Century Mass Exodus to US
Two years ago, 74 percent of Swedes proudly admitted they were in favor of more diversity in their society. This year, the percentage of yay-sayers dropped to 64 percent, its lowest level in the ten years the so-called "diversity surveys" have been conducted. Meanwhile, the proportion of foreign-born nationals rose to 17 percent in Sweden in 2015 and is expected to climb further.

According to this year's "Diversity Barometer," a poll conducted by the University of Gävle, nine out of ten respondents were convinced that it was the immigrants' duty to adapt to Swedish customs and traditions, and every other Swede thought that immigration threatened "Swedish values." In particular, immigrant men were regarded as a threat to Sweden.

© Flickr / Sara Löwgren
Reverse Discrimination? Blonde Bashers Denigrate Swedes in Their Own Country
According to Sociology Professor Fereshteh Ahmadi and Associate Professor Irving Palm, the men behind the report, the souring of attitudes towards diversity was particularly evident among women and middle-aged respondents. According to Ahmadi and Palm, this is particularly worrying, since women overall tend to be more supportive of diversity than men. In particular, Swedish women proved to have a tougher stance than men with regards immigrants who committed crimes in Sweden.

"These are dark figures. In Sweden, human rights and obligations have always been important pillars to support the community. These figures reflect a change in our values. It is not just about xenophobia as such, but about a spread of this ideology," Fereshteh Ahmadi told Swedish daily Svenska Dagbladet, citing the Swedish media's "exaggerated" and "biased" reporting of rapes at summer festivals and social problems in troubled suburbs.

© Flickr / News Oresund
Nordic Facelift: Scandinavian Population Changes Ethnicity
Another remarkable detail, unveiled by this year's "Diversity Barometer" is that opposition towards immigrants from the Middle East and Africa, which constitute the majority of last year's "bumper crop" of 163,000 asylum-seekers, is the highest.

Only five percent accepted Arabs and Africans as "identical or very similar" to Swedes, whereas nine out of ten said they did not want such immigrants as neighbors. Many specified that they would move out if too many immigrants from the Middle East or Africa moved into the apartment building they lived in. Predictably, Swedes' Nordic brethren, the Norwegians and Danes, were esteemed as the most welcome neighbors.

"We believe that the change of the political climate regarding immigration in general, and the new arrivals, in particular, may have influenced the Swedes' perception of diversity. We are witnessing this development in many parts of the Western world, with extreme right-wing and even racist trends emerging," a worried Fereshteh Ahmadi told Swedish science magazine Forskning.

© CC BY-SA 2.0 / Flazingo Photos / Handshake man - women
Gender Equality Meets Muslim Handshake Morality Issue in Sensitive Sweden
In recent decades, Sweden has, with unrelenting fervor, pursued two seemingly contradictory goals — feminism and diversity. This task has proved increasingly difficult to maintain, as Sweden's "open doors" policy attracted a large number of representatives from patriarchal Islamic societies in the Middle East, for whom feminism just does not come naturally. Earlier this year, even the Swedish Green Party, one the country's most ardent proponents of multiculturalism and equality alike, had to admit that something had gone wrong.