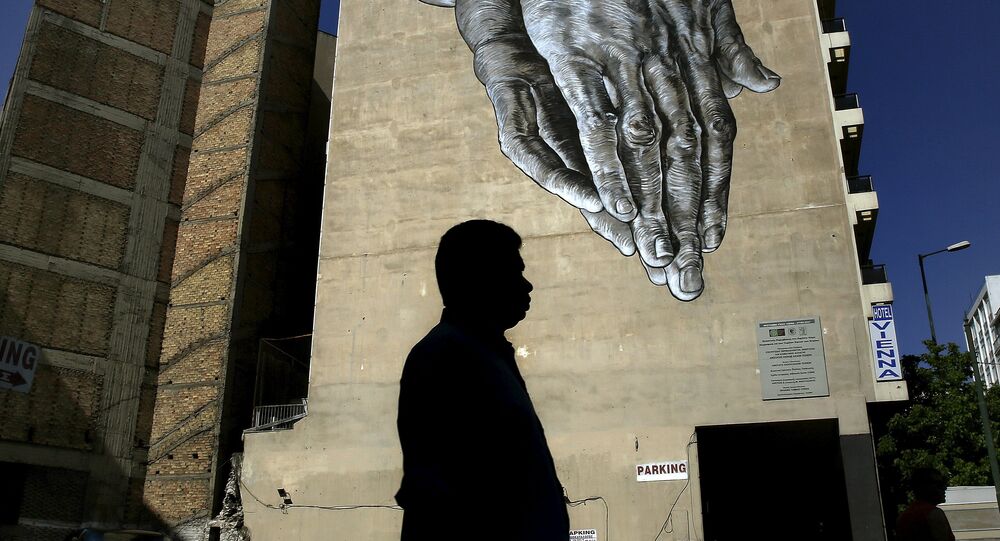 It's been revealed a man suspected of being one of the jihadists behind the planned suicide attacks in Paris and Brussels had been detained in Greece in 2014.

Greek newspaper, Kathimerini claims to have seen court documents from Belgium which relate to a list of suspects linked to the Brussels bombings in March 2016 and the Paris attacks in November 2015 — eight of them are said to be connected to an "Athens cell" of Daesh extremists.

​The "Athens cell" comprises of Algerian man, Omar Damache and French national, Walid Hamam, who have been mentioned in court documents seen by Kathimerini.

Damache and Hamam were arrested in a police raid on an apartment in the Athenian district of Pangrati in January 2015. They are said to be core members of this "Athens cell" of Daesh fighters.

One of the eight suspects mentioned in the court documents include 20-year-old Zaid Koullis who is believed to be been behind the attacks in France and Belgium — and had been previously detained in Greece.

Koullis was reportedly held by Greek authorities for not carrying valid travel documents.

According to Kathimerini, when officers investigated Koullis' financial transactions, they discovered he had withdrawn 900 euros from his bank and had bought a bus ticket bound for Munich, German from Trikala, a city in northern Greece.

Koullis is also reportedly linked to a man called Abdelkader Benameur, an alleged Daesh propagandist based in Alexandroupoli, a city in north east Greece not far from the Turkish border.

Next, photographs of Wissem El Mokhtari and four other suspects were discovered on a laptop found in a safe-house in Pangrati raided by Greek police in January 2015.

Two more suspects traced to Athens had allegedly had contact with the people living in the Pangrati safe-house. They are Mouhammed Diallo and Mansour Niang, both convicted in Brussels for having links to Daesh.

European and US authorities do not underestimate the sprawling network of terror cells operating across Europe, however revelations from Belgium court papers that networks spread across small cities in Greece to Germany and Brussels, suggests police and spies need to get a better handle on just how sprawling these cells are.