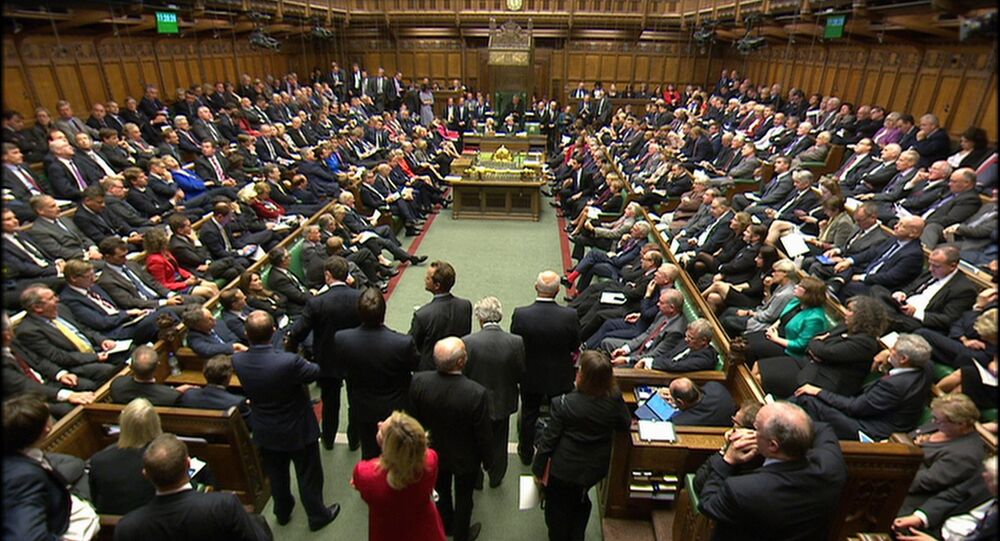 UK Ministers Accused of Being Implicated in Warcrimes Over Yemen Atrocities

The question has been raised as to whether British MPs supporting the Saudi-led coalition in Yemen could be implicated in warcrimes.

© REUTERS / Khaled Abdullah
Yemen Airstrikes: 'UK Putting Saudi Arms Sales Ahead of Human Rights'
The UK government has been selling arms to the Saudi-led coalition, who have been accused of numerous breaches of international humanitarian law over deaths of civilians in Yemen.

The UK has made over US$3.6 million in arms sales to Saudi Arabia since the military campaign began. On October 8, an airstrike widely believed to have been carried out by the  Saudi-led coalition struck a funeral in Sana'a and killed 140 people.

It is the repeated atrocities that lead to some questioning whether UK MPs should in fact face warcrime charges. Britain is not only selling arms to Saudi Arabia, but also providing information to the control rooms which are in turn advising the Saudi-led coalition in bombing raids across Yemen, the Saudi foreign minister and the Ministry of Defense have confirmed.

Journalist Peter Oborne said in a recent article for the Middle East Eye, that supplying arms for the Saudi-led campaign could make the UK a co-conspirator in the conflict under international law.

Boris Johnson and Tobias Ellwood could yet face charges re complicity with mass murder in the Yemen. My col for MEE: https://t.co/Kh8iWdSt2w

Tobias Ellwood MP, the  Foreign Office minister for the Middle East, said that he is deeply concerned about reports of an airstrike at a funeral and that the scenes at the site were truly shocking.

"I am raising my concerns with the Saudi Ambassador to London… and urge the Saudi-led coalitions announced investigation into the incident to take place as a matter of urgency."​

"There can be no military solution to this conflict. We urge all sides to recommit to political talks and to implement a cessation of hostilities," Ellwood said.

However, Foreign Secretary Boris Johnson defended the sale of arms to the Saudi government.

"Having regard to all the information available to us, we assess this test has not been met."

Over the last 19 months as the war rages in Yemen, over 3 million people have been displaced and 14 million are suffering from starvation and malnutrition.

Children are the worst hit, with hundreds of thousands at risk of starvation. More than 370,000 children are suffering severe malnutrition.