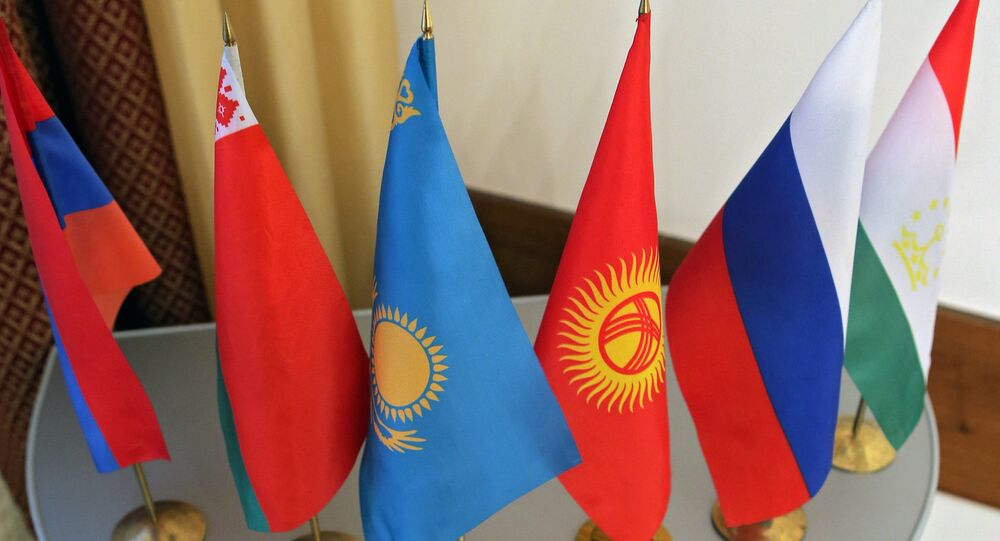 On the Way Out? What's Behind Ukraine's Desire to Leave CIS

Ukrainian Foreign Minister Pavlo Klimkin has said that Kiev “is studying the issue of withdrawing from the Commonwealth of Independent States,” the online newspaper Vzglyad reported.

Klimkin, who as recently as in April 2015 said that leaving the CIS was “inappropriate, admitted, however, that the leaving the union of post-Soviet states would not be easy.

“We have dozens of bilateral agreements on mutual recognition of diplomas, on pensions, etc., and we are now working to settle all these issues,” Klimkin said.

To leave or not to leave?

© Sputnik / Vladimir Fedorenko
Ukraine Not to Be Part of CIS Observer Mission at Russian Elections
In September, Yuri Ushakov, who is a senior advisor to Russian President Vladimir Putin, said that the issue of Ukraine’s participation in the CIS would not be considered any time soon.

Despite all its talk to the contrary, Ukraine continues taking part in CIS affairs. In the wake of the 2014 coup Kiev suspended  its chairmanship in the CIS, but later said that it was staying on.

In summer 2015 Kiev said it was withdrawing from a legal assistance treaty with Russia only to backtrack just a few months later.

Meanwhile, the benefits Ukraine enjoys from its participation in the CIS are too big to ignore, at least they were so until very recently, Vzglyad wrote.

Between 2012 and 2016 Ukraine was part of the CIS’s free trade zone, which ensures participating nations easy terms for the export of mineral resources and for the import of finished products.

In early 2016 Moscow was forced to suspend Ukraine’s participation in the free trade agreement in response to Kiev’s decision to join the Western sanctions against Russia.

Ukraine was quick to feel the pinch of its breakup of economic ties with Russia. According to Ukrainian experts the country’s agricultural exports to Russia are now 2 percent, down from 30 percent in 2014, while the overall imports from Russia in 2015 have shrunk to just over 10 percent from almost 20 percent before.

The introduction of a visa regime with Russia if Ukraine withdrawals from the CIS will most certainly be very bad news for the more than 3 million Ukrainian citizens currently working in Russia.

“Leaving the CIS would mean a serious worsening of the socioeconomic situation in Ukraine, which hopes new contracts with the West will help it make up for these losses,” Konstantin Zatulin, director of the Institute of CIS Problems in Moscow, told Vzglyad.

An attempt to nix visa accords

“Ukraine will only lose by walking out of the CIS, so I don’t think that it will be able to go all the way out,” Dmitry Abzalov, a political analyst and President of the Center for Strategic Communications in Moscow, told the newspaper.

“This would backfire on the Ukrainian economy by complicating its day-to-day interaction with Russia,” Abzalov said, also mentioning a list of major bilateral accords, including on trade benefits, Ukraine also has with Kazakhstan, Azerbaijan and other CIS countries.

Abzalov said that with his talk about Ukraine’s possible exit from the CIS, Pavlo Klimkin “is trying to disown an earlier threat to introduce visas for Russian citizens traveling to Ukraine that Kiev has tried and failed to implement as a symmetrical answer to Russia.”

© Sputnik / Vladimir Astapkovich
EU Pushes Ukraine to Violate Commitments to Russia, CIS States - Moscow
On Thursday, Ukraine's largest political party, the Petro Poroshenko Bloc said it would not vote in favor of scrapping a visa-free regime with Russia.
Andriy Parubiy, the speaker of Ukraine's parliament, had earlier said that he wanted to renew debate on introducing a visa regime with Russia.

In an interview with Sputnik, Ruslan Bortnik, Director of the Ukrainian Institute of Political Analysis and Management, described Pavlo Klimkin’s statement about Ukraine’s possible exit from the CIS as a mixture of threat and political rhetoric.

“Overall, Ukraine’s withdrawal will only undermine its position in the world because Ukraine has never been a full-fledged member as it never ratified the CIS charter, never voted and had the status of a participating nation.”

“This would end its participation in the CIS free trade zone and deprive it of many venues it could use to make its voice heard,” Bortnik said.