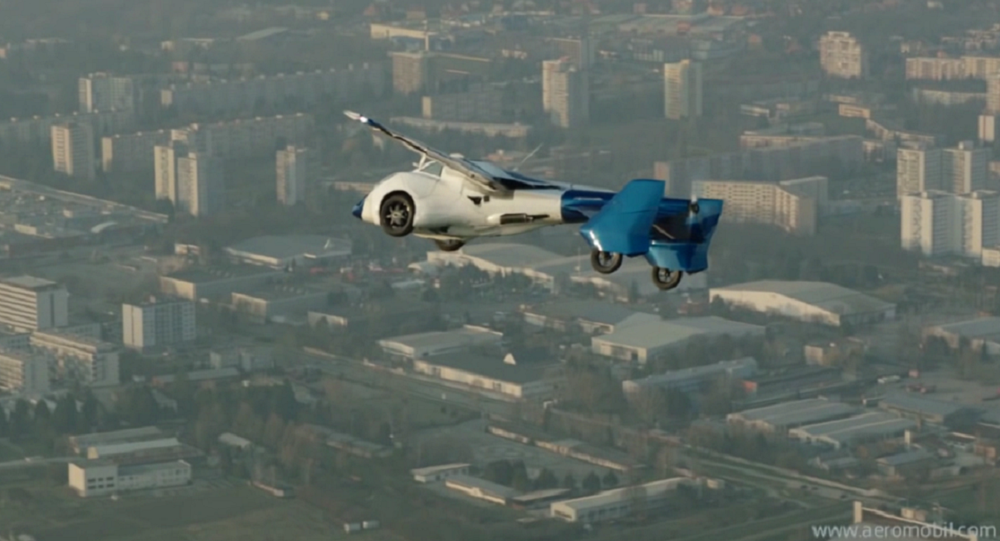 A Slovakian engineering company announced the sales launch of their AeroMobil 3.0 flying car in 2017, allowing people to take to the skies like in futuristic films.

AeroMobil 3.0, dubbed the Flying Roadster, is a beautifully designed two-seated vehicle that can be converted from an automobile to an aircraft. When driven, the vehicle, which runs on regular gasoline, has a maximum speed of 160 km/h. When airborne, it can reach a top speed of 200 km/h. According to the manufacturer, AeroMobil needs 200 meters to take off and only 50 meters to land.

The unique drivable aircraft was created by Slovakian manufacturer AeroMobil, based in Bratislava and led by co-founders Štefan Klein and Juraj Vaculík. Though their concept of flying car appeared in the early 90s, the two men teamed up only in 2010 to shape up their brainchild and materialize the idea into a product.

The latest prototype was developed in 2014 and first flown by Klein in 2015. Since then, the vehicle has been in regular flight-test programs mimicking real flight conditions, the company claimed on its official press release.

​Sales will kick off in 2017. So, it's high time to go train for your pilot license, since they will be required for operating AeroMobil in air.

Oops! Car Starts to Fall Apart at 280 Kilometers Per Hour