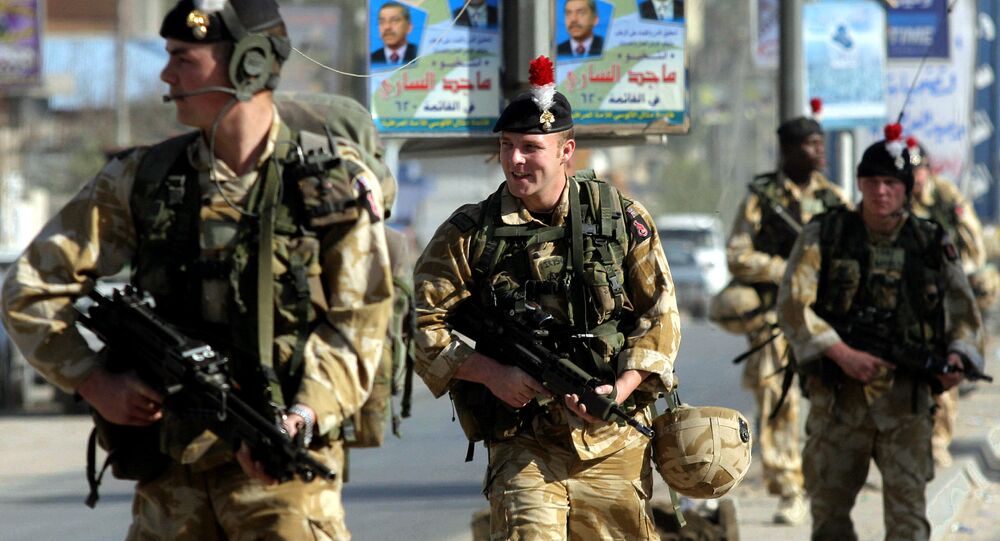 British defense secretary Michael Fallon, has stopped soldiers who fought in the Iraq war and who are now being investigated for war crimes from speaking about their actions and tactics to a parliamentary committee.

© REUTERS / Kevin Lamarque
'Change the Way We Intervene': UK Slammed Over Syrian Anti-Daesh Strategy
The Iraq Historic Allegations Team (IHAT) was established to review and investigate allegations of abuse from Iraqi civilians by the UK armed forces personnel in Iraq from 2003 to 2009.

The alleged offenses range from murder to low-level violence and the investigation covers the start of the military campaign, from March 2003 to July 2009.

However, in their search for answers, the group has been accused of the use of heavy-handed tactics.

According to one ex-soldier, the investigators search social media looking for evidence, as well as to trying to persuade military personnel to give evidence against their former colleagues. Some critics have said that the IHAT resembles a "witch-hunt."

Three soldiers are being investigated by the government team and all of them have been stopped from talking to the Defense Select Committee through a letter written by Michael Fallon, as seen by the Sunday Times.

Human rights law should not be applied on the battlefield, IHAT should be shut down. @JohnnyMercerMP hits nail on the head, @BBCr4today.

The soldiers had apparently volunteered to give evidence at the select committee and claim that the war destroyed their lives. However this has been blocked. The men are said to be suffering from severe mental health problems and their careers have been destroyed.

​One senior officer who wanted to speak to the committee was gagged by the Defense Ministry, according to the report in the Sunday Times.

"I have been gagged by the SoS [secretary of state] from giving evidence to the committee," one of the soldiers wrote in an email to the Tory MP Johnny Mercer.

Julian Lewis, chairman of the committee recognized in a statement the importance of these three men's testimonies, however he was unable to allow them airtime.

"Much as I recognize the importance of the matter, I am unable to grant permission for these three serving personnel to provide evidence in the manner you have outlined," Mr. Fallon said in a letter to Julian Lewis, the chairman of the committee.

'I dread the post everyday'. We need to close gap between what we say we do, and what we are actually doing for those going through IHAT. pic.twitter.com/tNl3NL3s8o

​However, Tory MP Johnny Mercer was in complete disagreement with the policy deployed by the ministry.

"If the MoD is seriously committed to looking after our people, they will let these individuals give me their evidence," Mr. Mercer said in a recent interview.