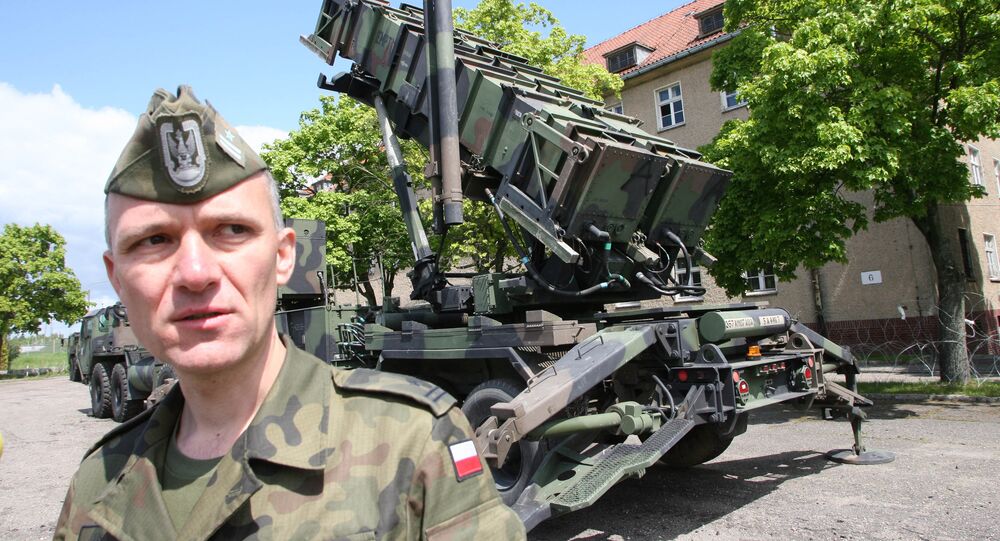 “Many specialists believe that this generation of Patriot missiles does not fully meet the demands of modern warfare. Then why buy them? Donald Trump said that each NATO member should pay for its membership and if the Patriots are going to be upgrades and [Raytheon] has no money for that, then it looks like they have asked Poland to pay the bill,” Mariusz Olszewski said.

© AP Photo / Czarek Sokolowski
Pentagon's Latest Effort to Drag Sweden Into NATO Involves Patriot Missiles?
He added that [Defense Minister] Antony Macierewicz was apparently sure that no one was threatening Poland if he decided to buy a missile system that could be effectively used only after a series of upgrades slated for 2028.

When asked if this was a financially lucrative deal for the Americans, Mariusz Olszewski said it was kind of a “kickback” on Poland’s part because economic relations within the EU, as well as those dealing with defense and security, have long been viewed as business deals.

“Just like the contract we signed to buy F-16 fighter planes. All we can do to make the Americans pay attention to us is to sign deals that are financially beneficial to them and make the Polish people pay for them. This is even cheaper than hosting CIA prisons in our territory,” Olszewski continued.

He added, however, that he wasn’t sure that Poland was actually going to shell out the $10 billion-plus for the patriot missiles.

“I see this as just a PR stunt on the part of our defense minister who is eager to arm our military and sign contracts. Besides, this smacks too much of politics and political preferences which, sadly enough, do not always coincide with our military needs.”

“As to whether Poland can afford such outlays, we should not forget that Poland is far from being an economic superpower. With the government trying hard to bring our spending in line with what we earn, we should be extremely careful about our military spending. That’s why I don’t think this [deal to buy Patriot missiles] will ever come to fruition,” Mariusz Olszewski said in conclusion.

Warsaw wants to buy 6 to 8 Patriot batteries from US manufacturing company Raytheon.

Raytheon’s Patriot is an advanced air and missile defense system capable of taking down ballistic and cruise missiles, planes and drones.

In 2009, the United States and NATO agreed to include Poland in its ballistic missile defense system in Europe. Russia has raised concerns over the close proximity of the ballistic missile systems to its borders, pointing out that deployments could upset regional strategic balance.