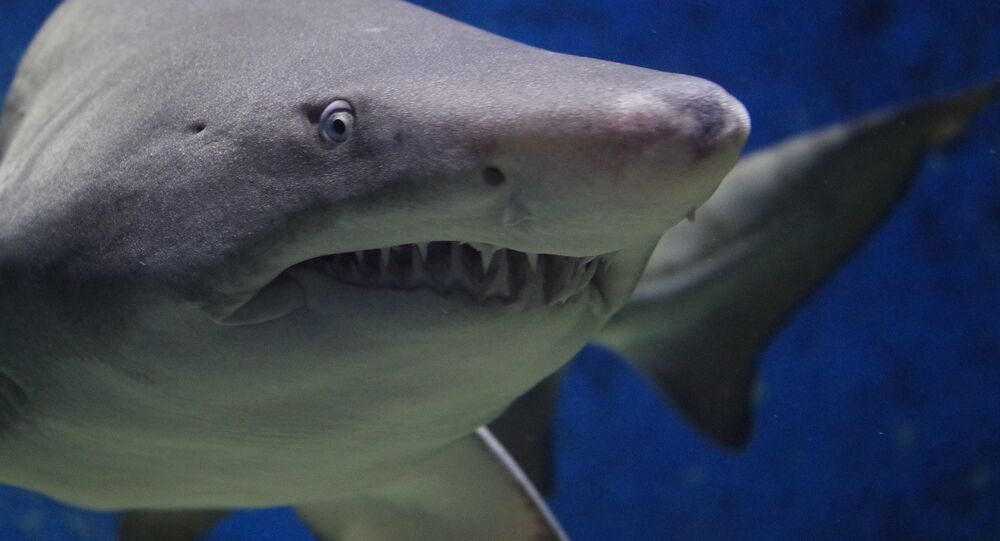 Whereas sharks' reputation as man-eaters might be a bit exaggerated, their keen sense for blood is legendary. An average shark can detect a drop of blood from many kilometers away. Today, sharks could donate their own blood to save humankind from dangerous brain diseases, Danish scientists argue.

© Flickr / Michael Coghlan
Social Robot to Help Senile Swedes Struggling With Dementia
With life expectancy in the West being steadily on the rise, various brain diseases have are becoming increasingly prevalent. A group of Danish researchers aims to investigate the possibilities of using shark blood to finally find a cure for serious brain diseases such as Alzheimer's, Parkinson's or dementia.

The research group, named DEMKIP, unites marine biologists, bio-chemists, engineers, doctors and professors, and is determined to obtain the necessary funding for further research via crowdfunding.

According to DEMKIP, which hopes to provide a biological drug with few to no side-effects at all, previously conducted research shows that the progression of brain diseases such as Parkinson's and Alzheimer's can be stopped or even reversed by using an innovative biomolecular approach. By its own admission, DEMKIP's two-year research revealed that damage caused by neurodegenerative diseases may be partially restored, thus alleviating the plight of the patients.

We have won more than 19 prestigious awards and nominations. Be a part of our dream. #DEMKIP https://t.co/7FC0REW6tQ pic.twitter.com/62Wk42sypZ

​"We are campaigning to raise money to create a shark preservation program… we will be able to develop a treatment that can cure or even reverse brain diseases," DEMKIP wrote on its crowdfunding site at Indiegogo.

DEMKIP is working in close cooperation with the University of Copenhagen, the Technical University of Denmark (DTU) and the National University of Singapore. Many of the participants have family members struggling with brain diseases, such as dementia. With its crowdfunding efforts, researchers hope to raise a million US dollars over the next few months.

As a bonus, the shark lab may be used for the conservation and protection of endangered shark species.

Sharks have antibodies that are particularly effective to mobilize the human body's immune defense, which can be utilized in the fight against human cancers. Australian researchers at La Trobe University in Melbourne have extracted these antibodies, which are also believed to be helpful in a range of diseases, such as fibrosis, malaria and rheumatoid arthritis.

In Denmark alone, there are 85,000 people living with dementia, with about 8,500 new cases registered every year. The number of sick is expected to rise to 140,000 by 2040. The total cost of dementia treatment amounts to 20 billion DKK a year (roughly $3 billion). Dementia is the fifth most common cause of death in Denmark.