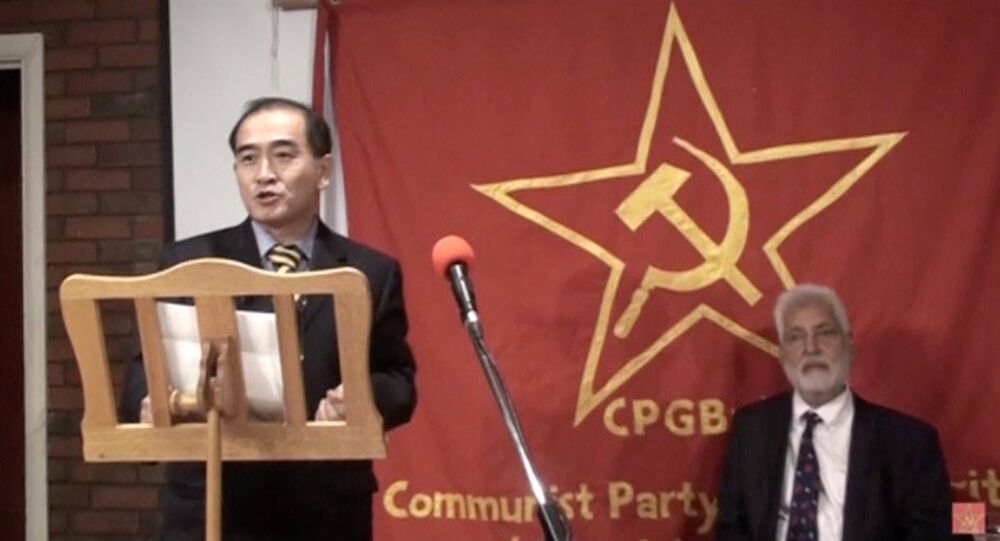 A top North Korean diplomat has abandoned his post in the UK and defected with his wife and children to seek asylum in South Korea. The dramatic move comes as 13 other North Korean defectors have also been given permission to apply for asylum.

On Wednesday morning, South Korean media reported that his absence was no accident, and that he and his family have fled abroad.

"The DPRK (Democratic People's Republic of Korea [North Korea]) Embassy made belated attempts to figure out the diplomat's whereabouts, but has failed," a report in the South Korean newspaper JoongAng Ilbo said.

Mr. Thae defected due to being "sick and tired of the Kim Jong-un regime," and for the future of his child, Jeong Joon-hee, a spokesman at the South's Unification Ministry, told a news conference.

​"They are currently under government protection and relevant institutions are going ahead with necessary procedures as usual," he said.

Thae Yong Ho is the highest ranking diplomat to ever make such a move.

​He had reportedly been a resident in the UK for a decade, with his wife and children.

What may be bitterly ironic for the North Korean authorities, is that Mr Thae was responsible for keeping track of North Korean defectors in and around London, and promoting the image of North Korea to British audiences.

International media is instead focusing on his defection as being yet another blow to the increasingly isolated nation.

It's expected that South Korean and western intelligence agencies will want to question Mr. Thae on North Korean leader Kim Jong-un's leadership, and about allegations that previous government members were executed.

Deputy ambassador to the UK Thae Yong Ho, believed to have recently defected, is an eloquent and articulate. man https://t.co/kRVq7qfwry

​Kim Jong-un has a reputation for bloody purges. South Korean media reported in February that he executed the army's chief of the General Staff, Ri Yong-gil.

​And last year, the South Korean National Intelligence Service, claimed that North Korean Defense Minister, Hyon Yong-chol, was removed from his post and reportedly killed with anti-aircraft fire for insubordination. His death remains unconfirmed, but Hyon has not appeared in North Korean state media since.

"I killed Hyon Yong-Chol with an anti aircraft missile for falling asleep, SO DO NOT NOD OFF" #KimJongUn https://t.co/5LPEZafLkg

​Mr. Thae's sensational move comes on the same day that authorities in Seoul have released a group of 13 North Korean restaurant workers from detention, who defected earlier this year. They are now being allowed to start resettlement applications in South Korea.

There has been no official response from North Korea, and it's not clear how Kim Jong-un may react to this latest propaganda disaster.

Relations between the country and the West have recently been strained, as North Korea recently resumed its production of plutonium, citing perceived US threats remain.

Meanwhile, in July, the US sanctioned Kim Jong-un and several other high ranking North Korean officials for the first time, accusing them of human rights abuses.