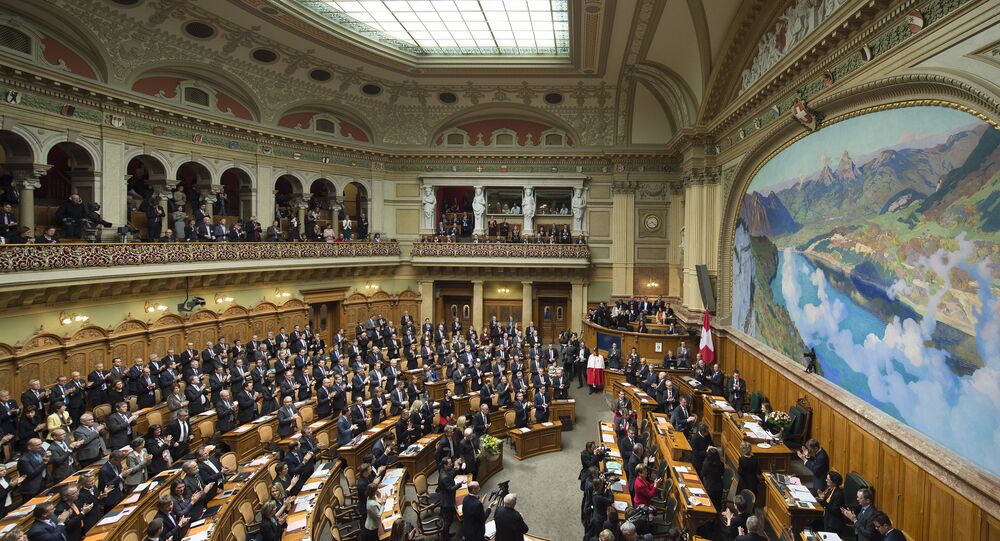 The bill aiming at facilitating the process of naturalization for the third generation immigrants is due to be discussed by the Swiss parliament this autumn and will be put on a national referendum next year or in 2018, a spokesperson for the Swiss Socialist Party told Sputnik on Wednesday.

© Flickr / ITU Pictures
Swiss Party Prompts Foreigners to Get Swiss Citizenship Prior to New Toughened Law in 2018
MOSCOW (Sputnik) — This week, on occasion of Swiss National Day on August 1, the Socialist Party, the second largest in the Swiss parliament, launched the campaign to help foreigners living in the country under temporary residency permits to get Swiss passports, dispatching some 50 so-called naturalization advisers.

"The bill will be treated by the parliament this autumn. Because it needs a modification of the federal constitution there will be a referendum which could take place in 2017 or 2018," Michael Sorg said.

Currently, there are about 2 million foreigners living in Switzerland with almost a quarter of them being second or third generation migrants. But often they fail to meet a list of all integration and naturalization criteria set by the federal government and authorities of local cantons, needed for full Swiss citizenship.

Last time the Swiss voted on the easing of its citizenship law for young immigrants in 1994, but then it was rejected.