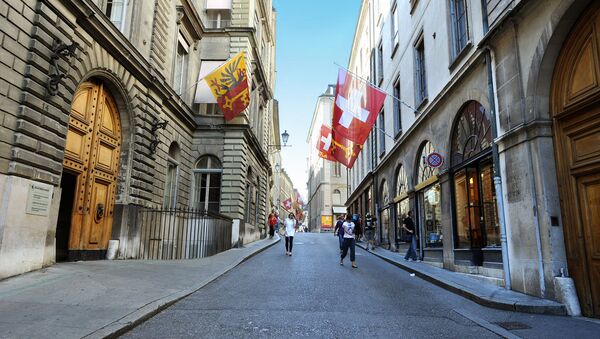 Members of Switzerland's Socialist Party are encouraging more foreigners to become Swiss nationals before the new law that toughens rules for obtaining the country’s citizenship comes into force in 2018, the spokesman for the party told Sputnik on Wednesday.

No Results Expected From Swiss-EU Immigration Deal Negotiations
MOSCOW (Sputnik) — The new law, approved by the government in 2014 and taking effect on January 1, 2018 will reduce the number of years a person must reside in Switzerland before applying for citizenship from the current 12 to 10. But it will deny all temporary residence permit-holders, which currently amount to about 650,000 foreigners, the right to apply for Swiss passport, leaving this option only to permanent residents.

"Currently almost 2 million foreign citizens in Switzerland don't have political rights. Although Switzerland has very strict laws on citizenship, some of these foreigners fulfill the requirements to apply for Swiss citizenship. We want to encourage them to apply now for the Swiss passport before the new law takes effect," Michael Sorg said.

This week, on occasion of Swiss National Day on August 1, the Socialist Party, the second largest in the Swiss parliament, launched the campaign to help foreigners living in the country under temporary residency permits to get Swiss passports, dispatching some 50 so-called naturalization advisers. The party also intends to ask the cantonal governments to send an information letter to all local temporary permit holders with explanations on who can apply for citizenship and what steps they should undertake.

"We strongly believe that in a direct democracy like Switzerland it is in everybody’s interest if all the people that are concerned by democratic decisions can take part in taking these decisions," Sorg stated, explaining why the matter was important to the party.

Switzerland is well-known for its strict citizenship requirements. The law requires a foreigner applying for Swiss citizenship to speak one of the three national languages (German, French or Italian) fluently, to be familiar with the Swiss way of life, pay taxes and also meet numerous cantonal naturalization requirements, which differ from region to region.

In 2015, a 76-year-old US immigrant, who has been living in Switzerland for 43 years with his three children and a German wife, was denied Swiss citizenship on the basis he had not sufficiently integrated as he wasn't familiar with the local area and didn't have any local friends.