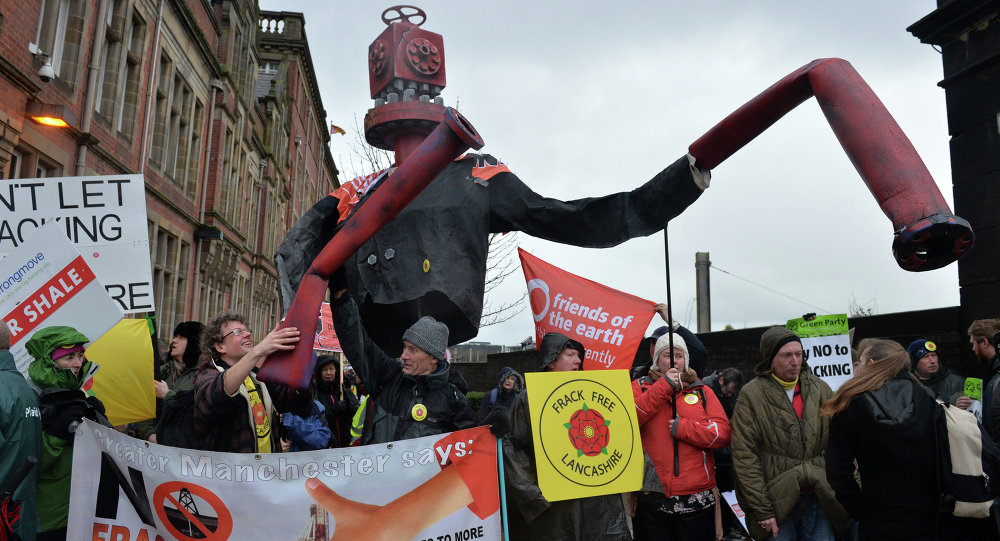 The largest anti-fracking rally in the United Kingdom is expected in northern English city of York, according to local media.

© AFP 2019 / PAUL ELLIS
Anti-Fracking Protesters to Rally in UK City of Sheffield on May 28
MOSCOW (Sputnik) — At least 2,000 people are expected to protest on Saturday in northern English city of York against fracking activities, local media reported Friday.

On May 23, the North Yorkshire County Council approved fracking at the village of Kirby Misperton.

According to The Press newspaper, people are expected to gather at noon local time (11:00 GMT) to protest against the May decision.

The newspaper added that the Saturday event could become the largest anti-fracking rally ever held in the county of Yorkshire.

© Sputnik / Evgeny Biyatov
UK to Lose Out on Millions Due to Tax Loophole For Fracking Firms
Fracking, or hydraulic fracturing, involves injecting a mixture of toxic chemicals into the ground at high pressure. Along with causing tremors the method is also widely criticized for contamination of ground waters, soil pollution and producing noise.