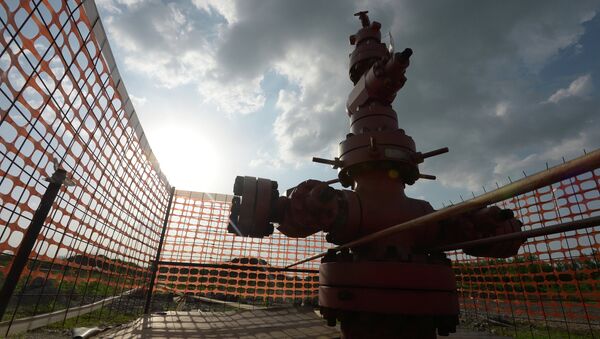 © Sputnik / Evgeny Biyatov
/
Go to the photo bank
Subscribe
The UK budget will lose out on millions of pounds in tax returns from companies exploring for shale gas, an influential environment watchdog said Wednesday.

This is the Real Threat to US and Its 'Gargantuan' Military Budget
MOSCOW (Sputnik) — Greenpeace’s Energy Desk found out that the UK government is giving UK fossil fuel companies investing in fracking tax breaks in form of enhanced capital allowances that reduce their taxable profit.

Energy Desk cited figures in Treasury documents that suggest a sum of over $36 million in lost tax revenue over the next four years. Companies dealing with renewable energy sources, such as wind and solar power, will not profit from these tax breaks.

This comes two days after authorities in North Yorkshire allowed the UK company Third Energy to begin hydraulic fracturing for shale gas in the village of Kirby Misperton, marking the return of fracking to the United Kingdom after a 5-year hiatus.