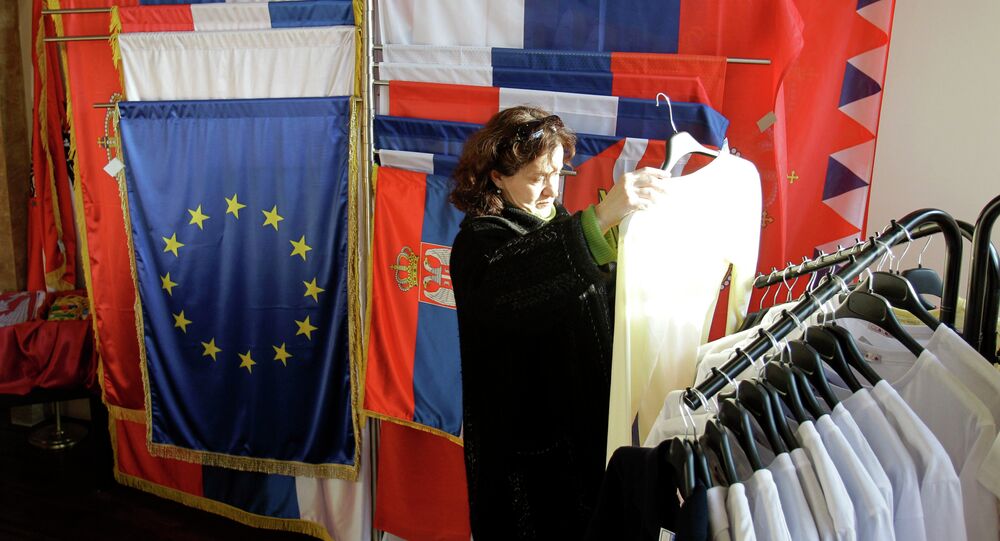 Serbia decided to open chapters 23 and 24 in the negotiation process on the country's accession to the European Union on July 19, according to local media.

© Sputnik / Ruslan Krivobok
The Price of Neutrality: Serbia Caught in Between EU-NATO and Russia
BELGRADE (Sputnik) — Serbia will open two chapters in the negotiation process on the country's accession to the European Union on July 19, local media reported Monday.

According to the Radio Television of Serbia (RTS) broadcaster, the decision to open chapters 23 and 24 has been made on the sidelines of the summit between Western Balkan officials and EU leaders in Paris.

On July 1, the European Union decided not to open the two chapters dealing with the rule of law, the judiciary and human rights, while opening chapters with Turkey and Montenegro. Serbia's Prime Minister Aleksandar Vucic said his country would request explanation from EU leaders regarding failure to open two accession negotiation chapters.

© AP Photo / Darko Vojinovic
Serbia's EU Accession Talks Stalled by Anti-Russian Sanctions, Not Croatia
According to Serbian Foreign Minister Ivica Dacic, the EU decision not to open the two chapters was "disgraceful, incomprehensible and humiliating" for his country.

EU Should Do More to Help Mend Fences Between Serbia, Kosovo