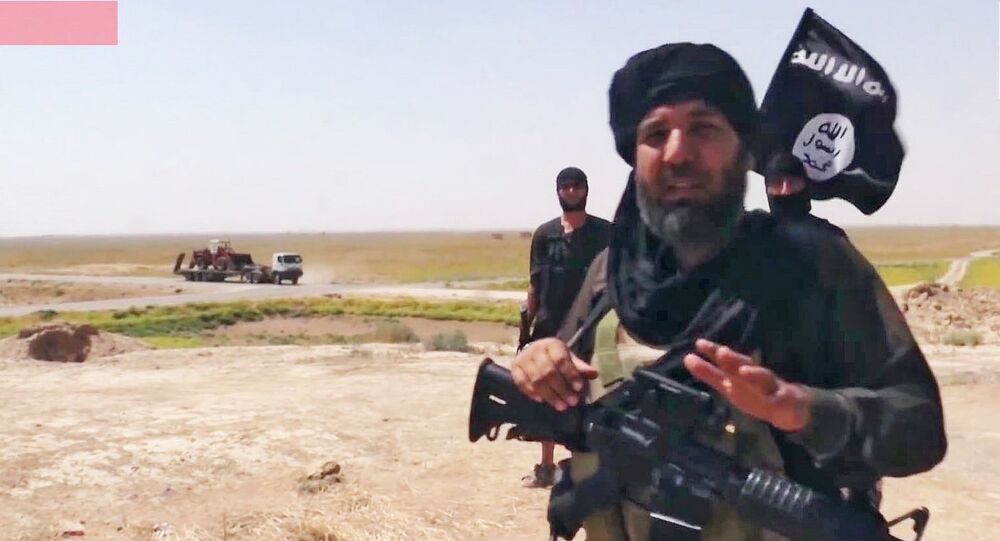 Terrorists Used Turkey as a Base Before Syria War Broke Out

In an interview with Sputnik Abdulşükür Mert, the ex-mayor of Ovakent, a city close to the Syrian border, said that jihadists from the Caucasus and Central Asia had become active in Turkey before the start of the war in Syria.

© REUTERS / Murad Sezer
Turkey Taking Measures on Syrian Border to Prevent Terrorists From Entering
According to media reports, citing an anonymous source in the Turkish government, the terrorist attack on an airport in Istanbul was carried out by nationals of Kyrgyzstan, Uzbekistan and Chechnya (Russia).

Thousands of terrorists have reportedly joined Daesh with an estimated 10,000 jihadists from Uzbekistan and Tajikistan currently fighting in Syria. They cross into Syria after spending some time in Turkey and training at local mosques and Koranic schools.

Zeytinburnu district in Istanbul is one such place where jihadists from the Caucasus and the Middle East get together under the umbrella of shady funds and associations with direct links to Hatay province which serves as the last stop for Syria-bound jihadists.

In Ovakent, 90 percent populated by Uzbeks who settled down in Turkey in the early 1980s, there is a number of madrassas once opened by Abdullah Buhari, the founder of the Society of Religious Assistance and Solidarity, who was later killed.

“Abdullah Buhari came here from Pakistan and spent five or six years living in Ovakent where he served as an imam in the local mosque and taught a Koranic school. Before very long many people from Uzbekiatan, Tajikistan and Kyrgyzstan staretd coming in. Many of us here became suspicious and Abdullah said he would move to Istanbul where he would feel free to teach those who kept coming to him,” Abdulşükür Mert told Sputnik.

He added that after spending a couple of days in Ovakent, the new arrivals from Uzbekiatan, Tajikistan and Kyrgyzstan then left for Syria to study at the local religious schools in Damascus. Soon after Buhari left town the war broke out in Syria.

“We later learned that many of those who had arrived here from Uzbekiatan, Tajikistan and Kyrgyzstan were heading to Syria to join the ranks of either the opposition or Daesh,” Abdulşükür Mert said.