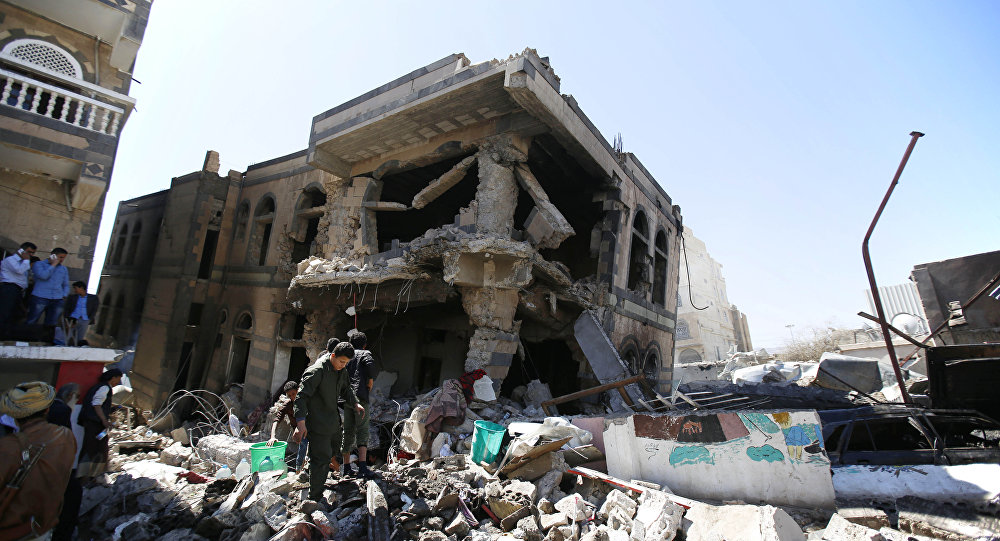 The British government will face a judicial review after the High Court voted in favor of a legal challenge against the UK's licensing of arms to Saudi Arabia.

The outcome announced on the June 30 is that it will be allowed to proceed to judicial review. The challenge was brought by Campaign Against Arm Trade (CAAT), who were represented by human rights lawyers, Leigh Day.

​A range of international organizations including a UN panel of experts, the European Parliament and other humanitarian NGOs have condemned the ongoing Saudi airstrikes in Yemen and said that they are unlawful.

There were several violations of international humanitarian law (IHL), including a failure to take all precautions during attacks, as required by IHL. Attacks caused disproportionate harm to civilians and civilian objects.

The UN panel investigating the airstrikes accused the Saudi-led coalition of widespread and systematic attacks on civilian targets. Finally, a failure to adhere to the principle of distinction and/or the targeting of civilians and civilian objects and those not directly participating in hostilities, including facilities necessary to meet basic humanitarian needs such as electricity and water-processing plants.

​"It is imperative that the UK is held to account for its complicity in the destruction of Yemen. A growing body of evidence shows that Saudi Arabia has repeatedly breached international humanitarian law, yet the [British] government has continued to arm the regime, making a mockery of its own legislation. It must end the arms sales and suspend all military licenses to Saudi Arabia," Andrew Smith of Campaign Against Arms Trade told Sputnik.

​Despite this, the UK government has licensed over US$3.8 billions (£2.8bn) worth of arms since the bombing of Yemen began. There have also been allegations made that the UK has sold cluster bombs to the Saudi Arabian government, which are illegal and banned under the Convention of Cluster Munitions of which the UK is a signatory, and have caused the deaths of thousands of civilians many of them children.

​On the announcement that a judicial review will be heard, Andrew Smith from CAAT said:

"Very glad that our claim was upheld, but we also believe that these arms deals should never have happened in the first place… Saudi Arabia has had a terrible human rights record for far too long. The UK has put the arms deals ahead of the people. If the government care, then it must finally stop arming the Saudi regime," Smith told Sputnik.

"I think the judicial review exposes the political and military ties in the UK and Saudi Arabia which people in Yemen are paying the price for at the moment."

Ultimately this judicial review is all about saving people's lives. Andrew Smith hopes that this will lead to the prevention of more deaths in Yemen.