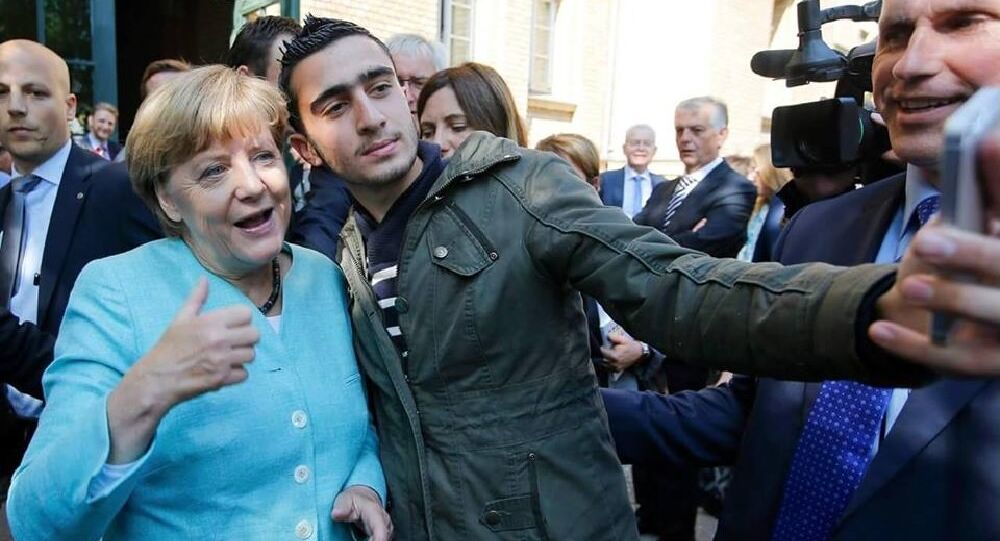 Instead of blaming the Brexit referendum result on Britons' ignorance, Germany should examine its own attitude to democracy, and its open doors migrant policy, Der Spiegel wrote.

© AFP 2020 / EMMANUEL DUNAND
Poland Leaks French-German Plan for EU Superstate Amid Brexit Chaos
German newspapers have reacted to news of the UK's referendum vote to leave the European Union by belittling the concerns of voters there, but the British may be right about the EU and its direction under German Chancellor Angela Merkel, columnist Jan Fleischhauer wrote in German newspaper Der Spiegel on Monday.

Referring to an internet poll of voters shortly after the Brexit result, which revealed some of the demographic voting trends, Fleischhauer complained that many commentators used the data to caricature the UK's leave voters as old, uneducated and with a dislike of the internet.

"It is obvious that of 17.4 million leave voters not all of them can live in the backwaters, where, apart from the internet, feminists, the Greens and foreigners are also despised. Even in London, the epitome of easygoing, cosmopolitan life, 40 percent voted to leave."

Fleischhauer pointed out the "myth" that the old sold out the young by voting to leave, citing a Sky News poll showing that just 36 percent of 18-24 year olds bothered to vote in the referendum, compared with 83 percent of those aged 65 and over.

"If anything, the young dozed through the future," he wrote.

"All over the place you can read that many Britons didn't realize what they were voting for and regret their vote. But that is a part of the therapeutic program which the media of this country is offering for the psychological relief of their readers."

Commentators in Germany have been quick to blame David Cameron for a reckless decision to call the referendum, describing the EU as too complicated an issue to be put to a yes/no vote. However, they must instead examine the reasons for the Brexit vote, Fleischhauer said.

© Sputnik / Alexey Filippov
'Exits-Parade': How the Next EU Referendums Might Be Called
"It is amazing how many commentators have parroted that, without an awareness of what that says about their understanding of democracy: that voting is only a good thing as long as the result suits."

"That calls from Geert Wilders and Marine Le Pen for referendums in France and the Netherlands are seen as a threat, shows the fundamental weakness of the European project."

"What can you put to the popular vote then, if not the key issues? Mobile phone roaming charges, or the sex ratio of the traffic light symbols?"

Fleischhauer thinks that one of the deciding factors that swayed the British against the EU, may have been Chancellor Merkel's decision to open Europe's borders to more than a million migrants and refugees last year.

"One will never be able to prove whether Angela Merkel's open borders policy played a part in the referendum," he said.

"But it is certain that the images of columns of refugees coming towards Bavaria scared many Britons."

"If even the disciplined Germans can't, or don't have the will, to control their borders, then who will be able to?"