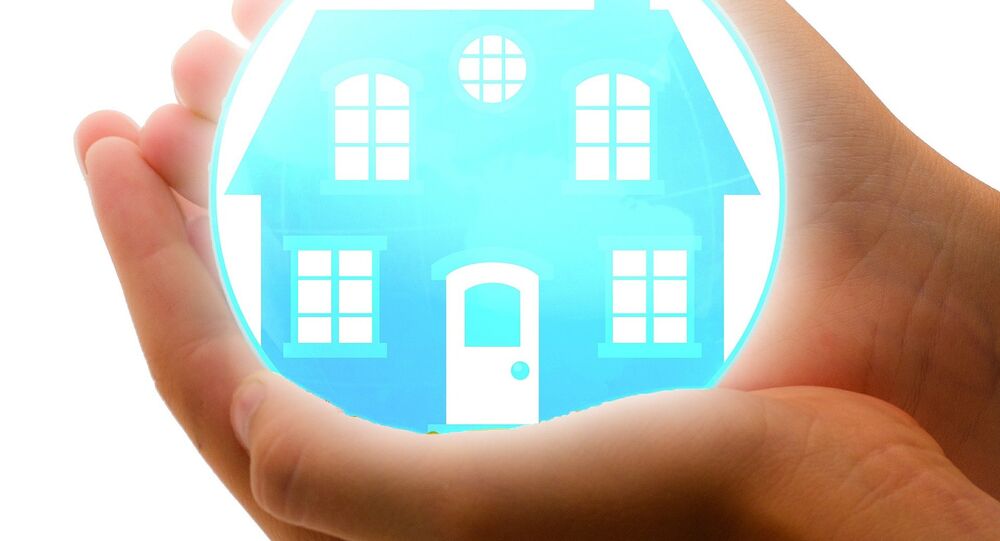 Markets have been tumbling down since the announcement that the UK was officially going to leave the European Union, with the pound slumping to its lowest since 1985 and bonds losing in value.

Still, another, more gradual but equally inexorable effect will be felt in the house market.

"There will be five very confusing years for the UK," a real estate developer who operates in the UK told Sputnik following the Brexit vote. "That's because nobody knows exactly how it works [the process of leaving the EU]."

According to experts, leaving the Union would cause house prices to plunge — an oddity especially in London, where values of real estate have been ballooning for years. Chancellor of the Exchequer George Osborne, in warning against a Leave vote, said houses could fall signficantly in price if Britain left the EU.

"[Osborne] declared an 18 percent fall in house prices, as part of his calculation, I think it's true: prices will fall now. That's why those building stocks are struggling," Roman Grigoriev from real estate firm LonGrad told Sputnik.

"It will probably affect property markets around the country, rather than London. London is a completely different country in its own right and it won't be affected, but everything in the rest of the country will."

Other experts disagree, pointing out that London property sales volumes could drop by 20 percent.

"There is so much uncertainty… and uncertainty is never good for property," Grigoriev added.

"They will start negotiations. If we do leave — and everything points in that direction —  housebuilders will suffer more and their costs will rise and their credit ratings will fall and that will have negative effects."

It is not only the residential sector that will suffer Brexit's repercussions. Office space prices would probably fall as big companies move thousands of jobs out of London and into other EU countries.

Prediction: #Toronto and #Vancouver #realestate markets soar higher as a result of #Brexit: seen as more stable investment than London.

Banks such as Citigroup and JPMorgan have already announced similar plans, and that could have a whopping impact on the Canary Wharf complex. About 100,000 jobs could end up being relocated out of the UK, a trend that will certainly bring down the demand for office spaces — and their value.