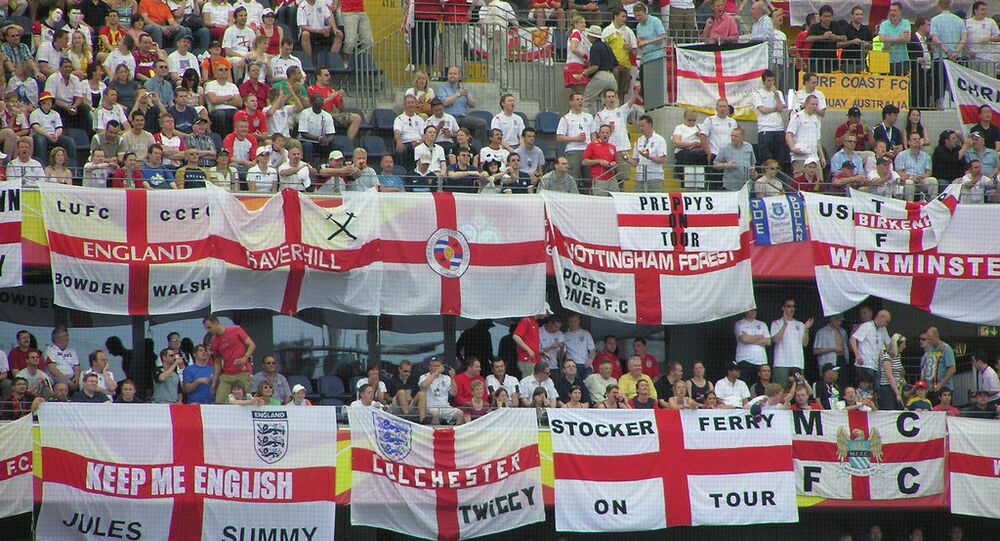 Former Liverpool manager Bill Shankly once said football was not just a matter of life and death, but "much more important." However it seems times have changed, with a new poll showing a majority of British fans would rather win the EU referendum than the current European football championships.

A YouGov survey of English and Welsh football fans found that while passion for their teams was high, 77 percent would prefer to see their side prevail in the UK's EU referendum on June 23, rather than lift the trophy at the Euros.

The findings showed there was little difference between Brexiteers or Bremainers, with 78 percent of those backing Brexit in favor of winning the EU referendum over the Euros, while 75 percent of those wishing to remain in the EU also preferring a victory on June 23, leading to an overall figure of 77 percent.

Football fans would rather see their side win the EU vote than their team win the Euros https://t.co/naMELgMPXK pic.twitter.com/PfaEta8RaR

​Interestingly, there was a stark difference between the views of English and Welsh fans.

While 79 percent of English fans would choose an EU referendum victory over European football triumph, the figures were far different in Wales, with only 51 percent of Welsh fans saying they'd prefer to back a winner in the referendum over triumph at the Euros.

​The figures come after Welsh star Gareth Bale took aim English players ahead of Thursday (June 9) Group B clash between the two sides, saying the Three Lions stars were bigheaded and lacked the "passion and pride" of the Welsh team.

'I Love Football, But Not That Much'

While seemingly a tough decision for die-hard British fans, it seems the YouGov poll reflected the general sentiment.

Berlin-based England fan Charlie Marshall, told Sputnik that although European football glory would be nice, he'd much rather the UK stayed in the EU.

"It's a tough one, because England winning the Euros would be amazing, but if I had to choose one over the other, it'd have to be for a win in referendum."

If the UK put this much effort that is going into the football into the EU referendum then maybe we'd get the result we need! #VoteRemain

"I love football, and I'd love to see England win, but the celebrations and partying would only last a few days, maybe a week. As for a Brexit, we'd be feeling that for years, so I'd have to put aside my football passion and go for the referendum win."

I've been genuinely conflicted by the Referendum debate, but football fans chanting 'we're voting 'Leave' so we don't care' made it easy.

"Oh, that's such a tough question. For Wales to win the Euros would be incredible. I can imagine it now — the street parades, the parties, the hysteria. But losing the [EU] referendum would be pretty shocking, so I'd have to back the vote over the football. Or maybe I can dream about both?" Hughes told Sputnik.