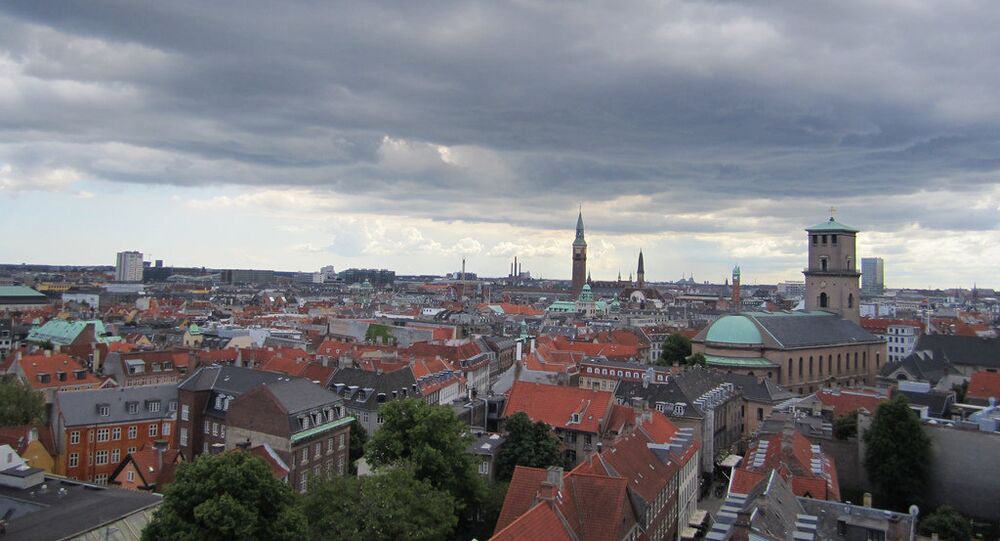 At present, the Danish People's Party has become part of Denmark's establishment and counts as Denmark's most right-wing party, but is nevertheless running the risk of ceding its hard-won positions, as a newly-established party, the New Conservatives, is gaining momentum.

© Flickr / Bo Nielsen
Just Can't Get Enough? "Too Many Muslims" Danish Party Says
The Danish People's Party (DF) is a conservative, nativist and strictly anti-immigrant party which has repeatedly dominated Denmark's liberal media with its hardcore rhetoric condemning the government's clumsy integration policy. Some prominent party members have gone so far as to call Islam the first and foremost threat to the Danish society. Nevertheless, charismatic Pernille Vermund, head of the rival right-wing party, argues that the DF itself has gone soft on immigration policy.

"We want to walk out of the refugee convention and stop all asylum processing in Denmark," Vermund told TV2 News. "We want to send home all immigrants here with temporary residence permits, even if that means sending people back to war-torn nations. These countries are not depopulated in any way," she continued.

© Wikipedia
Pain or Gain? Hesitant Denmark Ponders if Migrants are a Setback or a Boon
Vermund, a divorced blond architect and mother of three who quotes Ayn Rand on her website, believes all of Denmark's inhabitants must support themselves, regardless of their nationality. Those who cannot or will not should also be sent packing, she argued. Her somewhat libertarian ideas themselves seem foreign in the Scandinavian country, where leftist attitudes towards welfare predominate.

"If one wants to show compassion, one can engage in charity associations and donate money for all sorts of purposes. People must be heartily welcome to do so," Pernille Vermund said.

© Flickr / kai.bates
No Means No: Growing Insecurity Compels Danish Girls to Learn Self-Defense
In addition, Vermund went on to venture that all Danish borders should be protected by armed guards to put a stop to illegal immigration.
Overall, the New Conservatives advocate a clear EU skepticism and adamantly oppose international and supranational agreements which "confine Danish democracy." One of the party's mottos is "Less State, More Human."

Over the past seven months, the party has secured around 9,000 voter signatures and is some 11,000 short of being able to run for Parliament in the next elections. Although this exploit may seem rather unimpressive, it is nevertheless worth mentioning that 'Alternative', Denmark's second-youngest party, having formed in 2013, had weaker support at a similar juncture in its history.

© Flickr / lukestehr
Out! Copenhagen Evicts Notorious Islamist Organization
Additionally, a recent poll showed that 13 percent of Danes would like to see a party more right-wing than DF, so there is a fair chance for the New Conservatives to break through into parliament, albeit as a "niche party."

The New Conservatives was formed in 2015 by a group of breakaway members of the right-wing Conservative People's Party, who became disappointed with the party's "too lenient" stance on immigration.