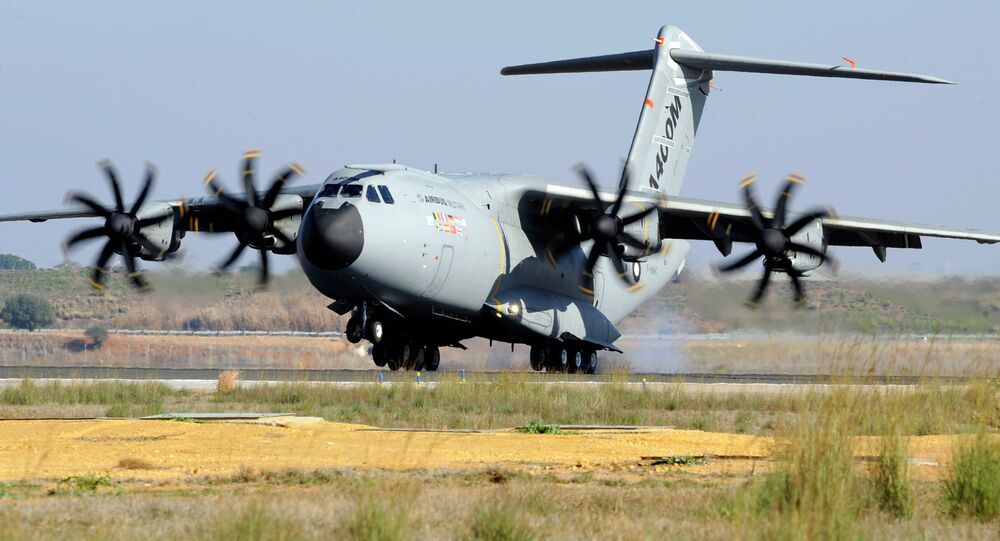 The German Ministry of Defense knew about the violations in the production of the Airbus A400M transport aircraft for several years, but has done little to improve the situation, German magazine Der Spiegel reported, referring to internal Bundeswehr documents.

According to the magazine, inspection groups identified shortcomings in the Airbus plants in northern Germany and in 2013 informed the ministry about the violations. The plants reportedly produced defective fuselage details which got covered with cracks during their exploitation.

In particular, the report referred to "intolerable working conditions" in the plants and frequent strikes. However, the Bundeswehr has not solved the problem, but rather "urged" the inspection body to weaken its control, the documents revealed.

Meanwhile, the German Ministry of Defense said that the shortcomings in the production have been identified and partially resolved. Airbus representatives, for their turn, stated that the problematic parts of the aircraft weren't produced in factories in the north of Germany.

© AP Photo / Matt York
France Ditches Airbus, Buys Four Lockheed Martin C-130 Hercules Military Planes
Earlier, the French military announced that it will buy its transport planes from the US aeronautics supplier because of problems with the Airbus A400M.

France bought four Airbus A400M military cargo planes, but restricted their use in May after an Airbus A400M crashed in Spain during its first flight. An investigation by Spanish authorities concluded that the aircraft had a problem with the supply of power to three of the aircraft's four engines, possibly due to a software problem.