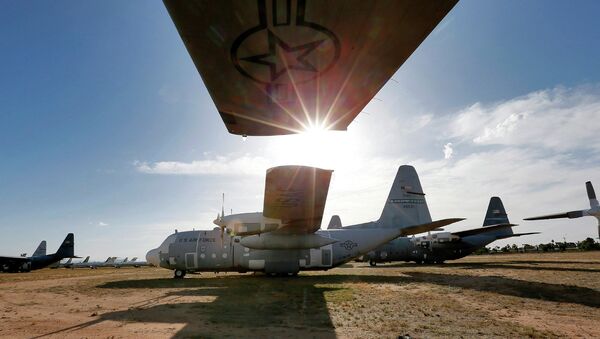 The French military has announced that it will buy its transport planes from the US aeronautics supplier because of problems with the Airbus A400M.

Talking to reporters at a military base in Jordan from which French jets are carrying out air strikes on Daesh (ISIL/ISIS) targets in Iraq and Syria, Le Drian said that deliveries of the aircraft could begin in 2017. The government has turned to the US manufacturer due to some problems with the Airbus A400M, but the minister did not specify what the issues are.

France has four Airbus A400M military cargo planes, but restricted their use in May after an Airbus A400M crashed in Spain during its first flight. An investigation by Spanish authorities concluded that the aircraft had a problem with the supply of power to three of the aircraft’s four engines, possibly due to a software problem.