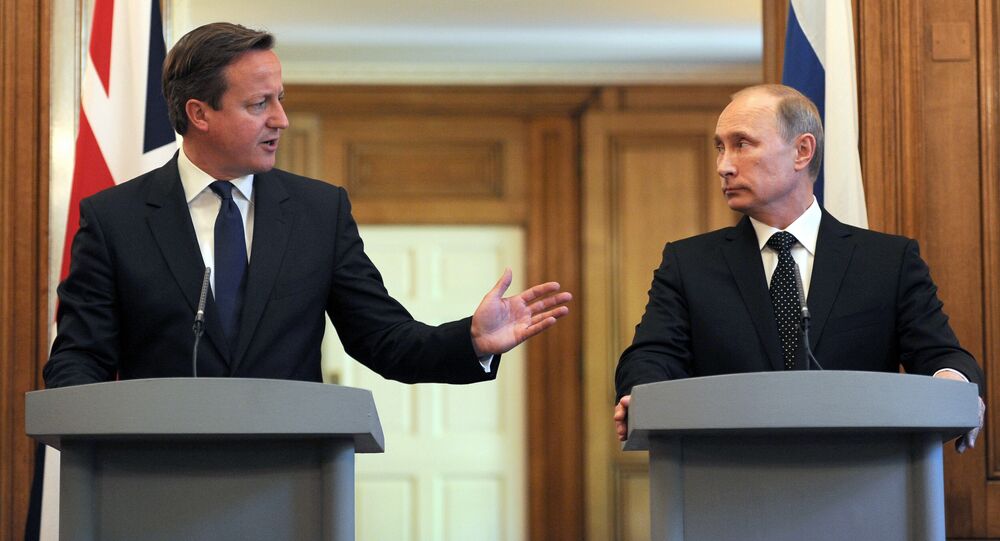 First Boris Johnson compared the EU to the Nazis, now David Cameron has attracted more controversy to the Brexit debate after drawing a link between Russian President Vladimir Putin and jihadist group Daesh, saying both would be happy to see the UK leave the EU.

While pushing his case for Britain to remain a member of the 28-nation bloc, Cameron responded to recent criticism after saying Europe would face a greater risk of war if the UK left the EU.

"I never said if we leave on Thursday, World War Three breaks out on Friday," the prime minister told guests at the World Economic Forum event, before suggesting Mr Putin and Abu Bakr al-Baghdadi, the leader of terror group Daesh, would welcome a Brexit.

"But our friends in Australia and New Zealand and America and all around the world and all round Europe, they are saying 'it's all up to you, its all your choice, but we would like you to stay, we think it's good for us and it's good for you.' "

The comments have already attracted attention from critics, who have accused the prime minister of extensive scaremongering throughout his Remain campaign, aimed at keeping the UK in the EU.

Prominent Euroskeptic Boris Johnson, who was also criticized for comparing the EU's scope to Adolf Hitler's plan to conquer the continent, said it was "a bit much" to draw links between Putin, Daesh and the Vote Leave campaign.

Now Call-me-Dave's saying not only Russia's Putin but also IS leader Abu Bakr al-Baghdadi “might be happy” if UK quits the EU. #projectfear

The heated debate on Britain's membership in the EU has led to a series of questionable claims from senior officials on both sides of the argument.

#Cameron really has lost the plot re #Brexit, if he thinks #Putin & #Baghdadi would somehow welcome #UK exit. A #fantasist running #Britain?

Cameron was ridiculed after claiming Europe could descend into war in the event of a Brexit from the EU, while former Mayor of London Johnson was accused of racism after saying US President Barack Obama's "part-Kenyan" heritage had led to an "ancestral dislike" for Britain and influenced his call for London to stay in the bloc.

While Russia and the UK have been at odds on a number of issues, both countries have been involved in the anti-Daesh military campaign in the Middle East, with Moscow and London contributing aerial forces aimed at destroying the terror group.