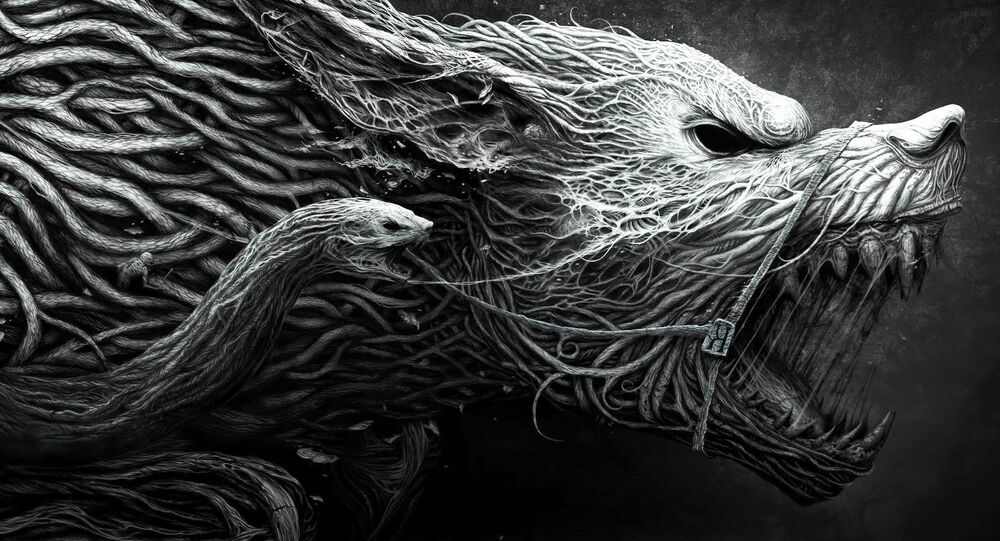 Residents of Hull, a seaside city in Yorkshire, UK, might be sleeping with one eye open this week, following numerous sightings of an eight foot tall "werewolf" in an abandoned industrial site on the town's outskirts.

The mysterious figure has been linked to an old legend from the area of a sinister wolf-like presence known locally as "old stinker" — so called, due to the stench from its breath, foul enough to permeate the air for miles around.

Loving the story going around about #OldStinker!

"It goes back to the Middle Ages, when there was actually a shelter built in that part of the world, to protect people from wolves. Because when it got cold in winter, they would come down for anything that was going — including lonely travelers — and somewhere along the way the legend grew up that the wolves were supernaturally intelligent and were controlled by a wizard, and that they were shape-changing werewolves — human by day and wolf by nature."

Christian explained that the legend differs slightly from that of the traditional werewolf — which is actually quite rare in English folklore — normally emerging from Eastern European traditions, in that its victims do not necessarily become werewolves after having been bitten.

In fact, what is quite remarkable about the story of "old stinker" is how unusual it is to find a werewolf legend in the United Kingdom at all.

Despite his passion for all things mythical though, Christian believes that there will be a logical — non supernatural — explanation for the numerous sightings reported recently:

"I'd put my money on it being something like an abandoned Siberian Husky, or an Alaskan Malamute, which look like wolves. In fact Malamutes are frequently used in movies where they want wolves because it's easier to train Malamutes to run around baying and chasing people than it is to have actual wolves doing it."

So in all likelihood, there's no cause for alarm in Yorkshire, which is more famous for a slightly more cuddly cadre of canines: its once-fashionable 'handbag' terriers. But that probably won't stop residents being a little more "were-ey" than usual when they hear something go bump in the moonlit night.