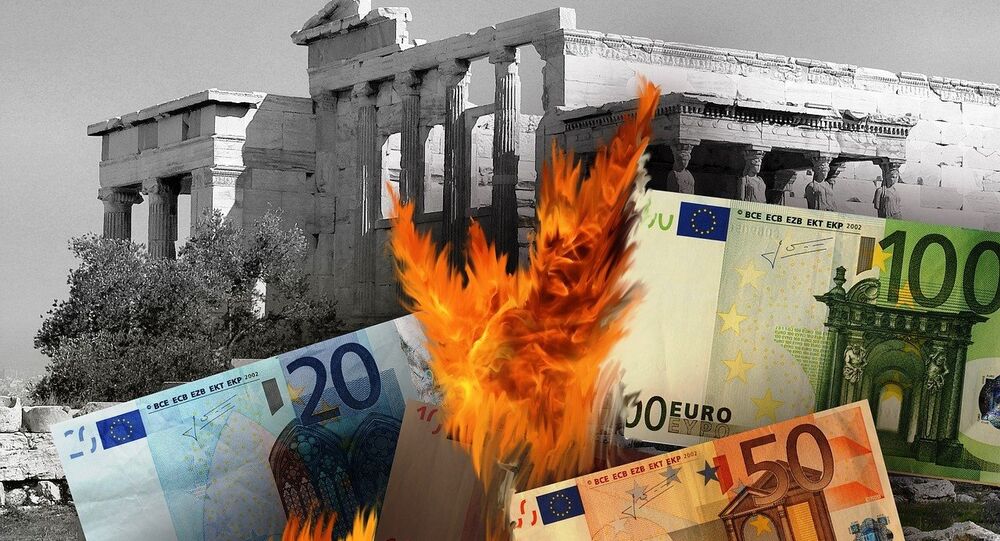 Lawmakers in the European Parliament have sharply condemned the latest Greek bailout deal - reached after weeks of negotiations - which they say will lead to "Social Armageddon" and "too high a price to pay."

In heated exchanges over the state of play of the Greek macro-economic adjustment program, the center-left parties — the Socialists & Democrats (S&D), European United Left (GUE) and the Greens/European Free Alliance — as well as European Conservatives & Reformists (ECR) warned Greece's creditors and the IMF not to impose more reforms on the country and called for debt relief.

We have to move to debt relief for #Greece, says @giannipittella. Time has come for everyone to show responsibility! #EPlenary

The Eurogroup, Monday (May 9), agreed the latest package of measures for Greece to implement as part of the latest bailout deal.

© Photo : Pixabay
Eurogroup in Crisis Talks Over Greek Bailout Amid Disagreements
Controversially, it included cuts of 3% of GDP by 2018, including pension and personal income tax reform as well as VAT reform and public sector wage bill measures.

However, there was disagreement within the Troika of creditors — the European Commission, the European Central Bank, (ECB) and the International Monetary Fund (IMF) — over extra reforms demanded by the IMF that could amount to another US$4 billion in cuts by Greece, over and above what it has already promised.

ECR's Notis Marias labeled the Greek program as "violent and leading to a social Armageddon," while S&D leader Gianni Pittella, said that the problem is not with Athens, but with the IMF's policy of preventive austerity.

If the #IMF wants to sabotage the agreement with #Greece, we have to have the strength to go it alone as European Union — @giannipittella

Green leader Philippe Lamberts, said he did not share the optimism after yesterday's Eurogroup meeting on Greece:

"The austerity of its creditors and the IMF is socially unacceptable. That's too high a price to pay."

Divisions within the Troika were revealed in a leaked letter from IMF chief Christine Lagarde, who said: "We do not believe it will be possible to reach a 3.5% of GDP primary surplus [in 2018] by relying on hiking already high taxes levied on a narrow base, cutting excessively discretionary spending and counting on one-off measures as has been proposed in recent weeks."

The IMF is calling for debt relief — the writing-off of part of Greece's debt, or 'haircut' in order for Athens to be able to sustain its reforms. However, in a statement, its Troika partners said: "The Eurogroup reconfirms that nominal haircuts are excluded."

The latest measures agreed by parliament include reducing pension spending by about two percentage points to around 15 percent of GDP by 2019; setting social security contributions at 20 percent of employees' net monthly income — with 13.3 percent coming from employers and 6.7 percent from employees; and lowering the income tax-free threshold, or personal allowance, to an average of around US$10,000 a year from around US$10,800 and making income bands narrower.

There were mass strikes and demonstrations over the weekend (May 7/8) across the whole of Greece as many public service unions took actions in protest at the Greek Parliament bringing forward a vote on the new bailout package, finally agreeing the new measures on Sunday evening.