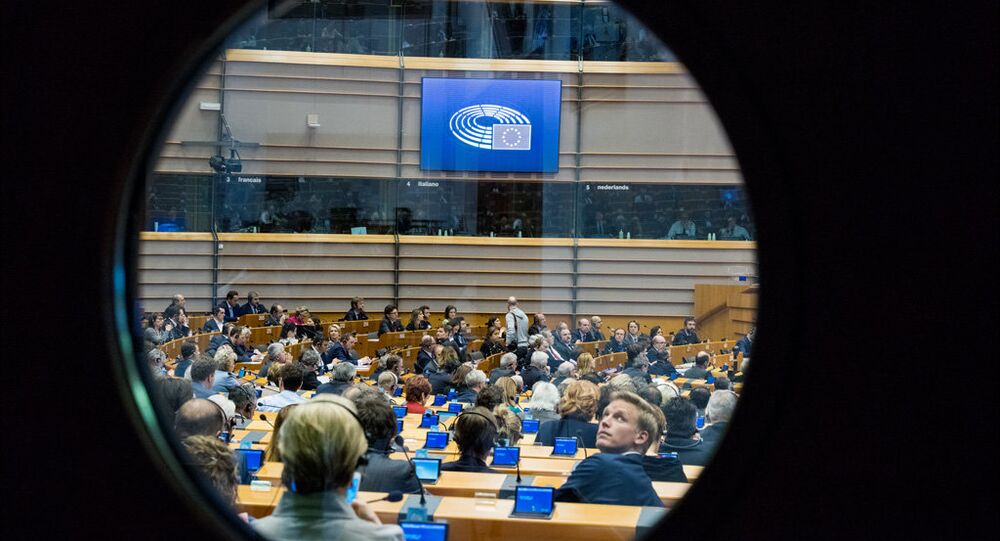 Members of the European Parliament have said, now that Turkish President Recep Tayyip Erdogan has effectively sacked his Prime Minister Ahmet Davutoglu, the EU-Turkey deal is now looking to be " a huge error of judgement by the European Commission."

© REUTERS / Umit Bektas
Sidelined: Turkish Prime Minister to Step Down After Rift With Power-Hungry Erdogan
It was the Europe-friendly Davutoglu who brokered the deal with the EU so that "irregular migrants" from Greece would be relocated back to Turkey in returns — on a one-for-one basis — for Syrian refugees being sent from Turkey to EU member states. Critics — including the UN refugee agency UNHCR — say the deal is either immoral or illegal as the 'hotspots' have become detention centers. They also say Turkey is not a 'safe country' for migrants to be returned to, under the Geneva Convention.

As part of the deal, Turkey demanded visa-free access for its citizens to the Schengen zone area, as well as an acceleration of its accession into the EU. This was all on the condition that it made reforms, particularly in the areas of document security, migration management, public order and security, fundamental rights and readmission of irregular migrants.

However, with Davutoglu gone and Erdogan having a firm grip on power, critics say Turkey will never meet the conditions of the deal — pointing out Erdoğan's record of brutal suppression of the Kurds and opposition activists, his clampdown on free speech and the fee press as well as his government's brutal treatment of refugees.

EU to hand 77 million Turks visa-free access to Europe, with no system in place to stop them staying permanently. https://t.co/ttx8Ci9f5G

Anti-EU UKIP Party leader and European Parliament lawmaker Nigel Farage said: "This is a huge error of judgement by the European Commission. Turkey moves a step closer to EU membership and the British electorate move a large step closer to Brexit. The chaos from the beaches of Greece has evidently moved to the corridors of Brussels.

"The EU has rolled over to the blackmail from President Erdogan."

"Turkey is a country with a terrible human rights record, accused of helping ISIS [Daesh] and mistreating minorities. It is too big, too poor and too different from us and I certainly do not want the UK to be in a political union with Turkey. Evidently Turkish accession to the EU is drawing closer, and the only way for Britain to avoid the consequences of Turkish accession is to vote to leave the EU," said Farage.

The leader of the Liberals and Democrats group, Guy Verhofstadt, said the EU-Turkey deal should only go ahead on the condition that all the requirements are fully met and the necessary Turkish legislation is adopted and implemented.

"Press freedom and freedom of expression are fundamental values of the European Union. In recent years these anti-terrorist laws have been used in a brutal clampdown on Turkish and foreign journalists by the Turkish government. As long as this remains the case, the European Parliament should not support this proposal for visa liberalization.

"We need to stop relying on Turkey to solve this refugee crisis. For as long as Europe fails to put its own policies in place to deal with the refugee crisis, Erdogan will continue to play the Turkish puppet master, by holding European leaders to ransom and playing us against each other," said Verhofstadt.

Turkey Must Change If It Wants In - European Parliament