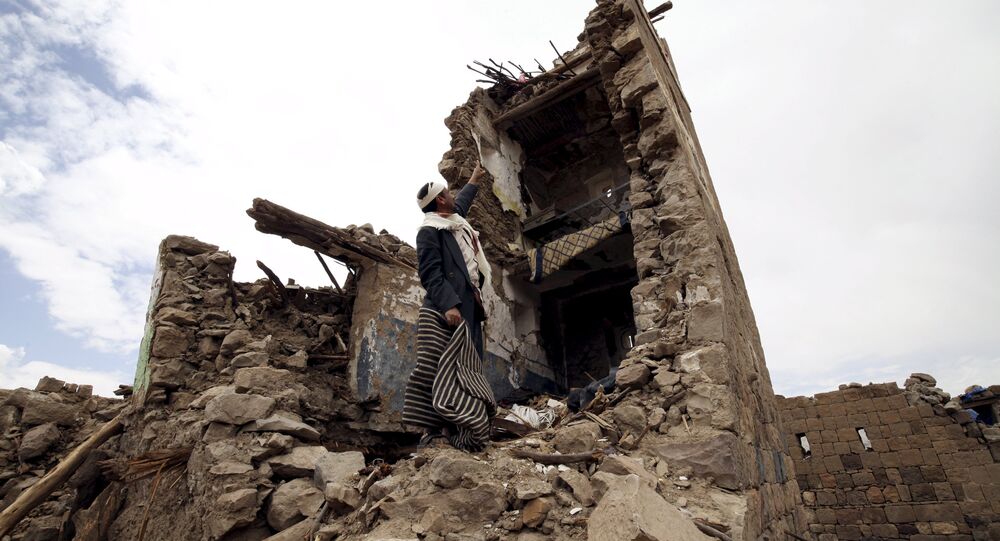 UK government ministers need to stop "burying their heads in the sand" over the impacts of Britain's continued sale of arms to Saudi Arabia, campaigners have told Sputnik, following criticism from MPs that such actions are undermining attempts to address Yemen's humanitarian crisis.

Fresh criticism has been leveled at the UK's government's decision to continue selling arms to Riyadh, following the release of a British lawmakers' report calling for an "immediate and independent" investigation into alleged breaches of international law associated with the Saudi-led conflict in Yemen.

Today the @CommonsIDC publishes our report on the Yemen crisis. pic.twitter.com/gVY2QCh1jc

The report, released by the parliament's International Development Committee (IDC), called for an independent investigation into the claims, and slammed the UK government's support for a Saudi-led inquiry.

You see? I said @commonsidc Yemen report (https://t.co/6nhIs0hdPe) would be a blockbuster, and it is. Great work by MPs.

On the issue of arms sales to Saudi Arabia, the IDC said such actions were undermining Britain's efforts to improve the catastrophic humanitarian situation in Yemen.

"The growing evidence of indiscriminate bombing by the Saudi-led coalition in Yemen… raises serious questions over the government's continued licensing of arms transfers to Saudi Arabia," the committee said.

Britain is among a number of countries on the receiving end of criticism for its continued support for Saudi Arabia throughout the conflict in Yemen.

© AFP 2020 / Abdel Rahman Abdallah
'Business as Usual' for UK-Saudi Arms Cartel Despite EU Embargo
UK military sales to Riyadh have sharply jumped since the beginning of the crisis, with close to $US4.4 billion (£3bn) worth of supplies being sold to Saudi Arabia between April and December 2015, leading to accusations that London is cynically profiting from the crisis.

Despite Britain rejecting widespread international pleas to halt the sale of arms to Saudi Arabia, the country has also earmarked $US123 million (£85m) worth of humanitarian aid to be spent in Yemen.

Aid agencies contributing to the report told MPs there was a "paradox at the heart of the UK government's approach to Yemen."

"The government should listen to the many concerns being expressed… that the humanitarian crisis that (it) is working to address in Yemen may be being exacerbated by a flow of British arms into Saudi Arabia," committee chairman Stephen Twigg said.

The conflict in Yemen has triggered increased debate in the UK about the country's close relationship with Saudi Arabia, with many calling for a review of relations between the two nations.

The destruction of Yemen shows why the UK must stop arming Saudi Arabia.https://t.co/G83DfDTxcx

"It's never been acceptable for the UK to argue that Saudi Arabia should investigate itself over alleged war crimes in Yemen — this was never going to be an adequate response to the carnage in Yemen," he said in a statement sent to Sputnik.

"Thousands of Yemeni civilians have been killed in devastating Saudi-led coalition airstrikes and it's long overdue for the UK to end its cynical policy of selling vast quantities of arms to Saudi Arabia.

"Ministers now need to stop burying their heads in the sand and immediately suspend arms sales to Saudi Arabia pending the outcome of both a UN inquiry into the bloody conflict in Yemen and the UK's own review of its arms exports."

More than 6,000 people have been killed in Yemen since March 2015, with more than half of those estimated to be civilians.