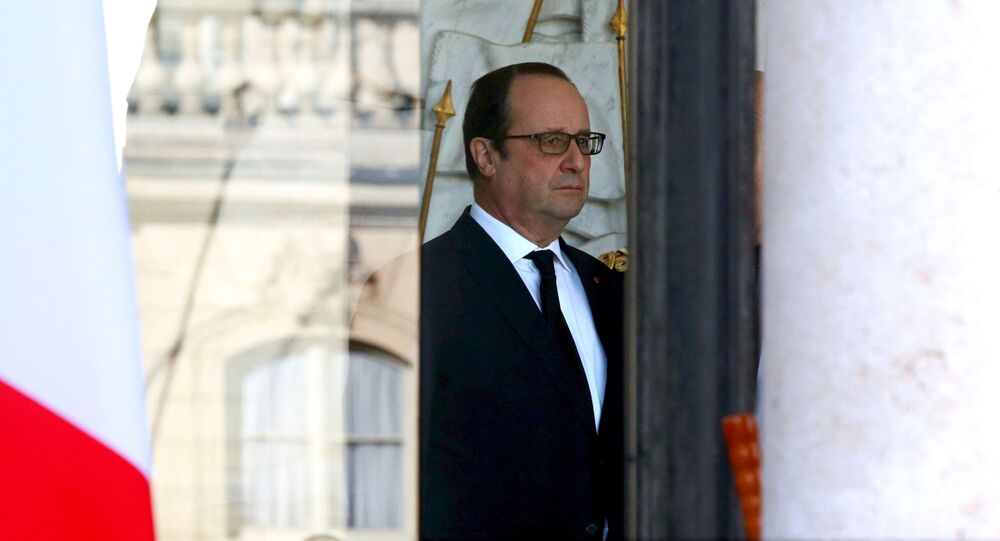 French President Francois Hollande said that Paris will not accept the Transatlantic Trade and Investment Partnership deal, because it could undermine the core principles France’s agriculture and culture are based on.

Honig&Teer
France not to Sign TTIP Deal Due To US Position
MOSCOW (Sputnik) — France would oppose a proposed EU-US free trade pact at the current stage of negotiations on the Transatlantic Trade and Investment Partnership, known by its acronyms TAFTA or TTIP, French President Francois Hollande said Tuesday.

"#TAFTA: 'We will never accept putting into question the essential principles. That's why, at this stage, France says no," Hollande was quoted as saying by the Elysee Palace on its Twitter account.

​Paris is not going to undermine the core principles France’s agriculture and culture are based on, Hollande explained.

© Photo : Pixabay
US Accused of Pressurizing EU to Drop Frankenstein Food Ban Ahead of TTIP
On Sunday, Greenpeace said it had obtained 248 pages of classified TTIP documents representing around two-thirds of the draft free trade agreement between the European Union and the United States. The papers expose the leading role of corporate interests in the proposed deal, as well as policies posing a threat to the environment and public health.

The TTIP trade deal has faced sharp criticism for the secretive nature of its negotiations. The proposed treaty has sparked widespread concern that it might lower environmental, health, safety, and workers’ rights standards, as well as enabling the extra-judicial settlement of disputes in circumvention of national sovereignty.