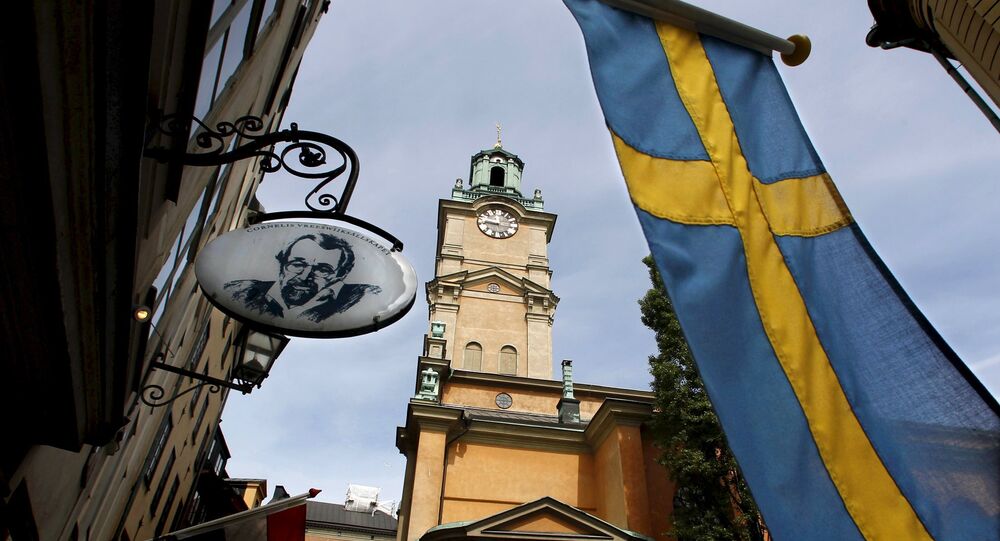 Kamal al-Rifai, a member of Sweden's Green Party in Malmö and a board member of Syrian Association, came into trouble and was reported to "have taken a break from politics" after it emerged that he had invited a notorious Islamist to speak in Malmö.

© Flickr / Anders Henrikson
No Break for Swedish Greens: Nazi Diners, 9/11 and Handshake Row
By his own admission to the Sydsvenskan newspaper, al-Rifai admired the 60-year-old al-Ouda, who despite having publicly renounced his former Islamist stance remains faithful to deeply patriarchal and conservative views and has expressed an array of anti-Semitic opinions, the newspaper reports. Of yet, al-Ouda remains highly influential and is steadily approaching the nine-million-followers mark on Twitter. Remarkably, no less than three various Malmö associations wanted to listen to the world-famous fundamentalist.

In the wake of the Islamist scandal currently shaking Sweden's Green Party, it has been revealed that a fatwa was issued in September 2014 by representatives of the Gävle mosque, calling on the fellow Muslims to vote for the Green Party and the Left as the preferable choice in regards to obtaining religious and worldly benefits, Fria Tider wrote. 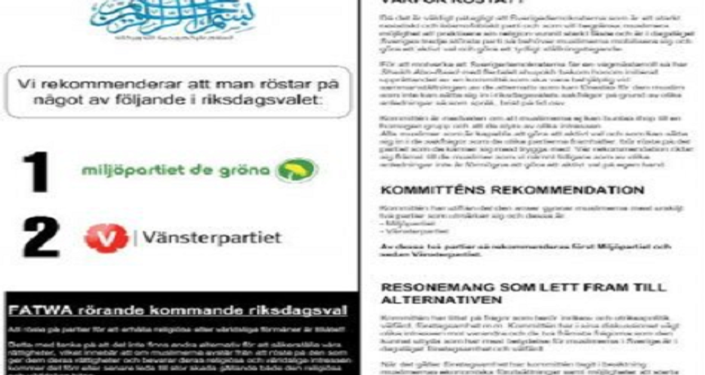 © Photo : Web.archive.org
A fatwa by the Gavle Mosque
© Flickr / WorldSkills
Young Turks in Trouble: Sweden's National Turkish Association May Lose Funding Due to Racist Rants
In particular, the fatwa was linked to notorious imam Abo Raad, who is known for previously voicing support for Daesh, running a website advocating the death penalty for gay men and lashing out against a traditional Swedish Christmas song as "deviating from Islam's creed."

The fatwa also expressed concern for the possible advancement of the anti-immigration Sweden Democrats and urged Muslims to take action in order to prevent them from "jumping into a pivotal position."

In addition to the latest exposures, Islamists of the AlMaghrib Institute, which advocates a hardline Salafist version of Islam, were revealed to have held courses in "Muslim feminism" in the venues of Stockholm University. The course, held March 4 to 6, was reported to have answered the popular questions regarding whether a woman may look at male teachers or keep close to her husband when he is hanging out with his pals.

​Recently, the Green Party has found itself in a deep existential crisis following Islamist connections, with its leaders coming under increasing pressure. The party's recent quandaries began as the then Housing Minister Mehmet Kaplan was revealed to have kept company with Turkish supremacists and allowed himself anti-Semitic slurs, whereupon he was forced to step down. Kaplan's fellow party member Per Gahrton claimed his resignation to be the result of an Israeli smear campaign. Later, Yasri Khan, a junior party member, quit politics altogether after causing a major media storm with his refusal to shake hands with a female reporter.

​This series of media rows and Islamist exposures resulted in the public support for the Greens dropping down to record levels and the party leadership teetering on the verge of resignation.