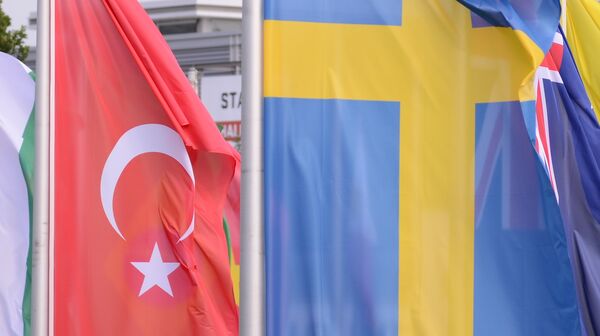 © Flickr / WorldSkills
Subscribe
Following the latest controversies, Sweden's Turkish National Association risks having to pay back millions of krona the union earlier received in government grants; competent bodies question whether the association can be considered democratic at all. 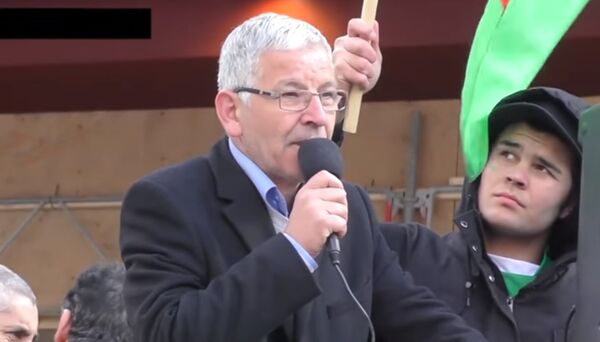 On April 9, Barbaros Leylani, then vice president of the Turkish National Association, raised hell with a speech at a demonstration in Stockholm, where he announced his support for Azerbaijan in the Nagorno-Karabakh conflict. Also, a number of flag-waving members of the Grey Wolves, a Turkish supremacist, far-right and neo-fascist organization, were spotted at the demonstration.

"Death to the Armenian dogs! Death! Death!" Leylani shouted, among other things, according to Göteborgs-Posten.

This triggered an investigation to find out whether the Turkish National Association reflects the basic requirements of democratic values.

"This statement was not consistent with respect for human equality and human rights, and therefore we [initially] started this investigation on our own initiative," says Anders Hagquist, communications director at the National Agency for Youth and Civil Society, MUCF.

Swedish Scandals Reveal Rise of Islamist Extremism in Politics
Barbaros Leylani was forced to apologize and leave his post at the union. However, his confrontational statements are not the only thing that is now being investigated, according to Anders Hagquist. Numerous minority organizations and former members of the Turkish National Association have formally criticized the organization's texts and speeches for being "hateful."

"We have received many complaints in the past and now we need to examine them again, considering the recent situation," he said.

"I was very, very worried when I saw the clip. This is very unnerving," president Garlen Mansourian told TV4.

Despite the frequent complaints, the Turkish National Association has continued to receive state support of over half a million krona per year. According to the news portal Nyheter24, the state aid from MUCF (whose primary aim is to combat racism and promote integration in Sweden) amounted to 630,000 krona (roughly 80,000 dollars) last year alone. Now, MUCF may very see its funding cut, which spells doom.

This would be a disaster for the Turkish National Association, Union Secretary Yasin Ipek told Swedish Radio.

"We would probably go out of business and cease to exist as an association," he said.

"We are neither racists nor fascists. You cannot punish the whole union because of one person," he says.

According to the Swedish Riksdag, which endorses state aid to minority societies, the Turkish National Organization is a large association, comprising over 12,000 members. At present, over 50,000 Turks are estimated to be living in Sweden.