The Brussels Maelbeek Metro station that was hit by a suicide bombing in March has now reopened for passengers.

On March 22, suicide bomber Khalid El-Bakraoui blew himself up in Brussels' Maelbeek station just one hour after two other bombers attacked Brussels Zaventem Airport. The attacks took the lives of 32 people, while 300 more were injured in the explosions. Both the station and the airport have been subsequently closed for investigation and restoration. 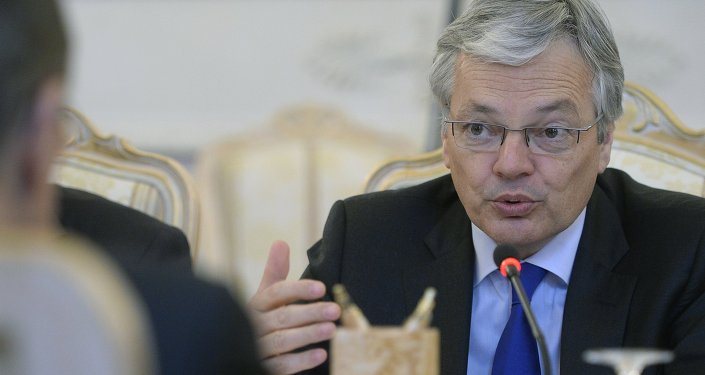 An enormous whiteboard has been installed in the reopened station, as a memorial, for people to write their wishes and condolences for the victims of the attacks. People have left flowers and written their notes on the board, with an optimistic, resilient mood notably prevalent.

"Let's cherish the life that surrounds us," reads one note, while "Love wins" reads another. Since the day of the attack, the people of Brussels have been reluctant to express hatred or aggression towards Daesh terrorists who, losing their ground in Syria, have sought to induce fear among Europeans.

Security at the station has been ramped up, with at least two armed soldiers patrolling the station at all times. According to the head of the Brussels region Rudi Vervoort, the appropriate level of security is now assured across the city's metro system. Many stations had to limit their access points and work hours because of security personnel shortage. The metro police service is now reinforced with military staff to share duties for the foreseeable future.

The Brussels Zaventem Airport was completely closed for 12 days following the attacks, and still remains only partly functional, with its full reopening scheduled for June 2016.