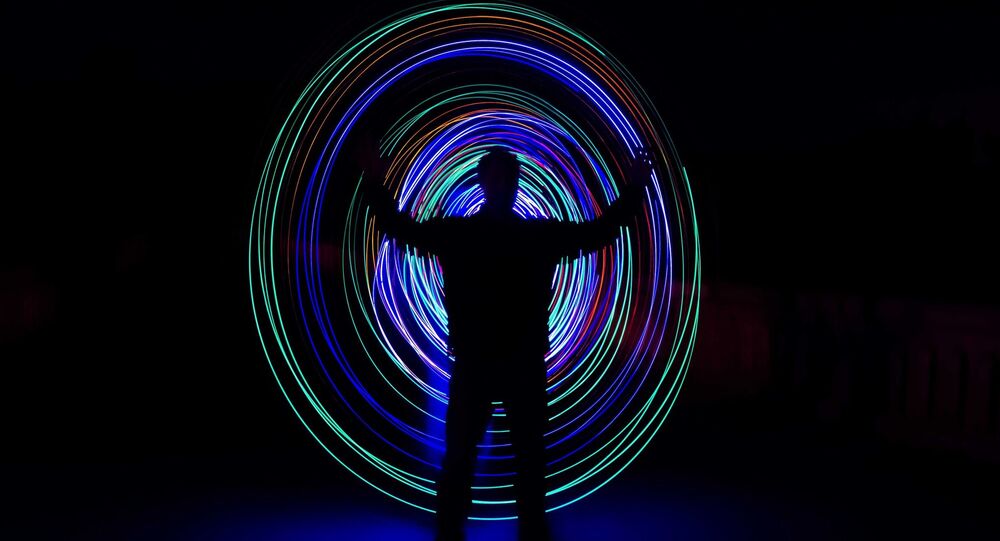 A new paper suggests that dark matter interacting with a massive black hole could generate "wormholes" of the likes seen in indy cult film Donnie Darko.

© CC0
'There Is a Way Out': Stephen Hawking Sheds New Light on Black Holes
A research paper by British Lancaster University, published on the pre-print database arXiv, theorizes in a publication that wormholes — hypothetical space portals linking two very distant points of space-time — could arise from so-called axions.

Axions are hypothetical particles that, according to some theories, make up large part of the universe's dark matter — the undetectable stuff that constitutes the scaffolding of galaxies.

Axions are scattered around the universe and interact among themselves through electromagnetic relations, the paper explains.

They also have a very peculiar property: when they are close enough to strong magnetic fields, they can be transformed into "negative energy" or "exotic matter."

Exotic matter is exactly what, according to current astronomical theories, is necessary for wormholes to appear.

This begs the question — where can these extreme magnetic fields actually be found? And the answer is: near any large and superpowerful black hole at the center of a galaxy.

© NASA . ESA, and D. Coe, J. Anderson, and R. van der Marel
Astronomers Find Huge Black Hole in the Most Unexpected Place in Space
These extra-dense black holes constantly devour anything around them, including the myriad of axions lurking in the dark.

Inside the hole, axions would clash, creating friction and heat, eventually generating light-speed jets of exotic matter particles — coupled with helix-shaped magnetic fields — shooting out of the hole.

These two elements, acting together, are effectively all we need for a wormhole. The paper itself wonders whether black holes could be fitted with tons of axions in order to get a navigable wormhole for quick space trips and time travel — or, like in Donnie Darko — for a mix of the two.

"Is it possible to render the supermassive black holes in the centers of active galaxies into stable (and possibly traversable) wormholes?" the study reads.

Maybe theoretically, but the reality is that black holes of that kind would be thousands of light-years from Earth. Not to mention the fact that we do not currently have the technological capabilities to weaponize them.

Still, the study says, there is at least some hope.

"If dark matter is axionic, one can imagine that an advanced civilization may generate artificially a helical magnetic field, with the appropriate characteristics to alter the nature of the local dark matter and maybe to give rise to a wormhole. This might become a way to realise interstellar travel (and/or time travel)."