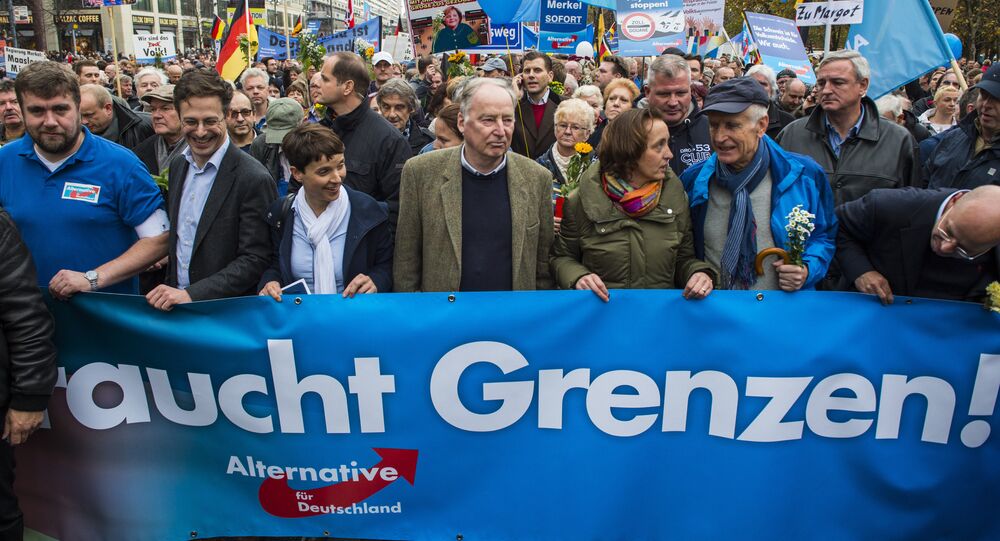 It is not possible for Germany to maintain a common European currency with most members of the EU, including France, Alternative for Germany chairman Jorg Meuthen told the Frankfurter Allgemeine Zeitung.

"Nobody wants to throw France out. But France is of course a political problem, for which I have no solution," he said.

The party's vice-chairman Alexander Gauland explained that while in principle the party is not opposed to French membership of the Eurozone, "If they can't or don't want to afford it economically, then you have to find other structures."

AfD party chairman Meuthen said that France is one of a number of countries that lack the stability of Germany and other northern European states, which makes closer union impossible.

"We can indeed have a common currency with the Netherlands, Austria, Finland or the Baltic states. They have the same culture of stability as we do."

"But the French have a different culture, not to mention the Italians, Spanish, Portuguese and Greeks. For example, they don’t want any austerity," Meuthen told FAZ.

© AFP 2021 / PATRIK STOLLARZ
German Ban on Foreign Funding of Mosques Must Apply to All Faiths - Imam
Consistent with their unease at close Franco-German cooperation, the politicians expressed general reluctance to collaborate with France's Eurosceptic Front National, but did not rule out some form of cooperation in the European Parliament.

"There won't be a bilateral alliance with the Front National, at the most there might be European collaboration. If a united Eurosceptic political group arises in the European parliament in the summer, we are either in it or out. As I have already argued, in that case we are in," Gauland said.