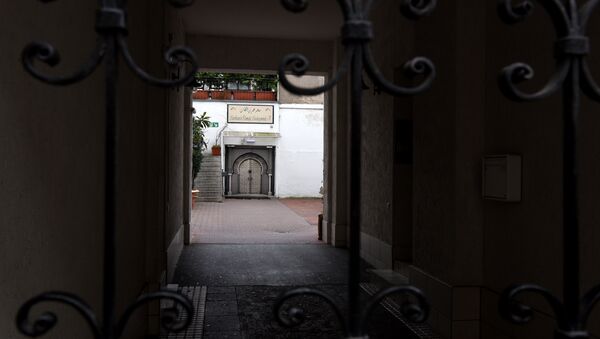 A proposed ban on foreign funding of religious activities in Germany should apply to all religious communities and not solely to Muslims living in the country, Benjamin Idriz, an imam and leader of the Islamic community in the Bavarian town of Penzberg told Sputnik on Thursday.

MOSCOW (Sputnik) — Idriz's reaction comes in light of an initiative of Germany’s Christian Social Union (CSU) member Alexander Radwan who proposed the introduction of the so-called church tax for Muslims living in Germany similar to existing taxes for Catholics and Protestants, as well as banning the foreign financial assistance to local mosques and Muslim religious activities in the country.

"Such a prohibition should apply to all religious communities alike, which would certainly be difficult to imagine (especially with regard to the Catholic Church), anything else would be discriminatory under the Constitution," Benjamin Idriz stated.

Mosques and Islamic kindergartens across Germany, a home to over four million Muslims, are mostly funded by foreign countries such as Turkey and Saudi Arabia.

Imam Idriz, who is also a member of the Germany’s Central Council of Muslims, insisted that banning the foreign financial support must come along with providing the matching funds from the German government.

Germany's AfD Supports Ban on Foreign Funding of Mosques
Otherwise, "that would run counter to integration efforts," he warned.

The so-called 'church tax' in Germany collected by the government from registered believers, amounts to 8-9 percent of the citizen's total income, according to the Catholic German Bishops’ Conference.

But this tax in Germany is correlated to the income of the person, a spokesperson with the German Bishops’ Conference told Sputnik earlier on Thursday.

"If somebody has low income and is Catholic, he does not have to pay the church tax," the spokesperson said, adding that the taxation system eliminates the need for religious organizations in Germany to set up tax institutions themselves.