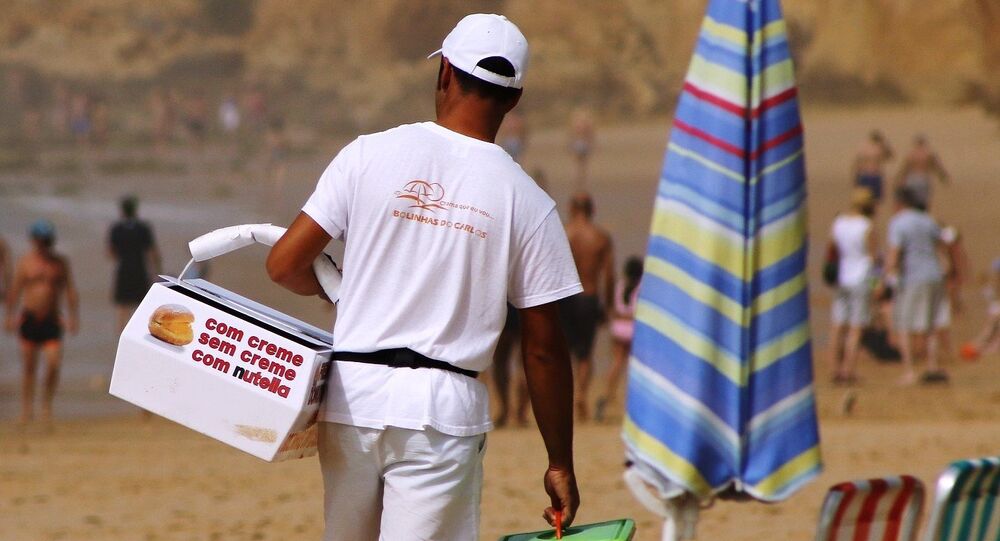 © REUTERS / Manuel Silvestri
Italian Security Services Refute Reports About Daesh Attacks at European Resorts
German tabloid newspaper Bild claims European security services are warning tourists to be on high alert due to the threat posed by Daesh militants, who could be plotting attacks on resorts on the southern coasts of Italy, France and Spain.

According to German security services, bombs could be buried in the sand under sun loungers.

Last summer, Daesh gunman Seifeddine Rezgui walked onto a beach in Tunisia, armed with explosives and an AK47 gun, hidden inside a parasol in the resort of Sousse. 38 tourists were killed, 30 of them Britons.

© REUTERS / Amine Ben Aziza
The body of a tourist shot dead by a gunman lies near a beachside hotel in Sousse, Tunisia June 26, 2015

The WCTC also features the  for professionals from the public and private sector to peruse the latest surveillance equipment, high security fencing, done technology and cybersecurity technology from more than 240 vendors.

According to Jamie Shea, Daesh militants are working on making bombs inside human bodies and hacking driverless cars.

The Italian security services who reportedly briefed German intelligence officials on the latest terror threat to tourists on the Mediterranean coast this summer suggest the Daesh militants have links with militants from Nigerian terror group, Boko Haram.