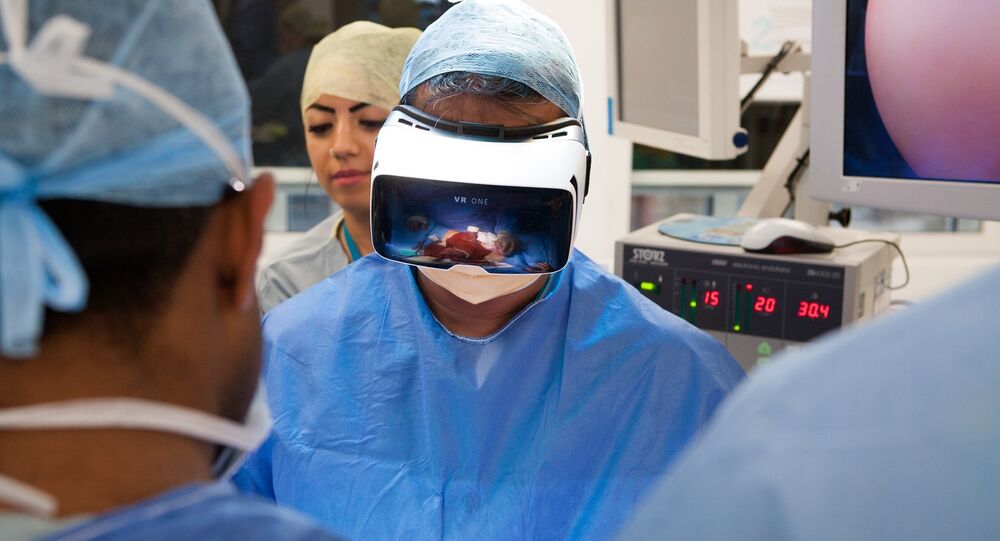 The Operating theatre of the Royal London Hospital was made center stage Thursday and made history by streaming live virtual reality (VR) surgery.

The operation was conducted by cancer surgeon, Dr Shafi Ahmed, who works at St Barts Health NHS Trust in London.

Dr Ahmed is also the co-founder of the healthcare company called Medical Realities, an organization that aims to improve how medical students are trained using augmented reality (AR) and VR.

Barts worked with VR and 360-degree video production tech company Mativision to live-stream the operation. The patient was having a procedure for colon cancer at the Royal London Hospital on Thursday 14th April at 1pm BST.

The operation was filmed using two 360-degree cameras, which contained multiple lenses. This was then live-streamed to the VRinOR app using Mativision's 360-degree VR player. This is the world's only technology for the production of interactive content and experience. After accessing the VRinOR app available on iTunes, viewers were able to stream the footage live from Medical Realities website.

"I am honored that this patient has given permission for his experience to provide this unparalleled learning opportunity. As a champion of new technology in medicine, I believe that virtual and augmented reality can revolutionize surgical education and training, particularly for developing countries that don't have the resources and facilities of NHS hospitals," said Dr Ahmed before the operation.

"This is a very important milestone for Mativision as it will be the first time that our 360 and VR proprietary technology will be used for the medical vertical.

"It's a great example of how VR can become a powerful educational tool and extend its reach over and above entertainment," said Mativision's head of marketing and partnerships George Kapellos.

"The world is just beginning to see the possibilities of what VR can achieve and we are proud to be at the very forefront of this."