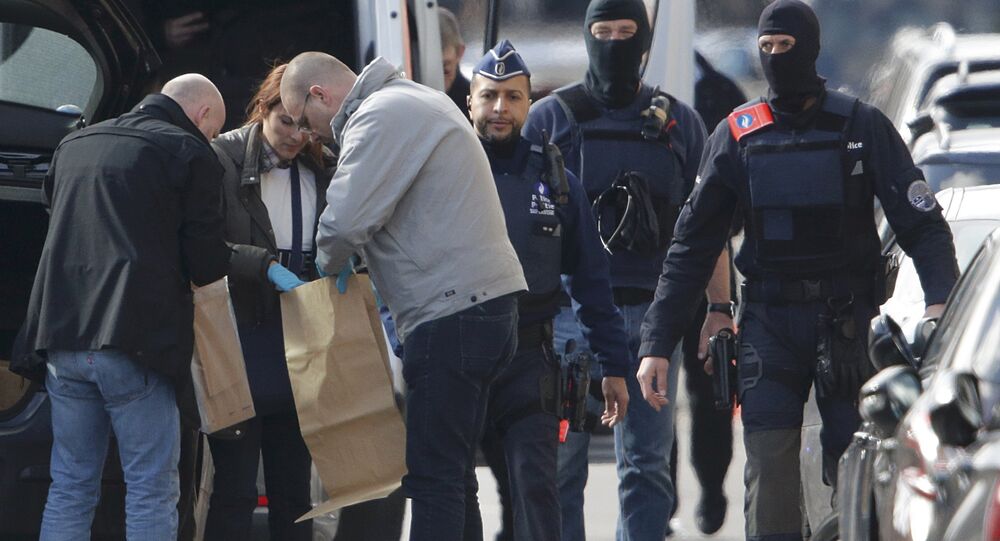 Belgian Intelligence Services Suspect Refugees of Having Links to Daesh

© REUTERS / Francois Lenoir
Going Nowhere Fast: At Least 50 Daesh Sympathizers Work in Brussels Airport
BRUSSELS (Sputnik) — According to the Sudpresse media group, the Belgian intelligence and security agency has conducted a "systematic screening" of migrants from Iraq and Egypt since September 2015, while all refugees arriving in Belgium have been checked since December.

The security service has checked over 12,000 migrants and refugees, according to the media group.

On March 22, two suicide bomb blasts hit the Brussels international airport and an another explosion shook the Maelbeek metro station, killing 35 people and injuring more than 300.

The responsibility for the attacks was claimed by IS, outlawed in many countries, including Russia and the United States.