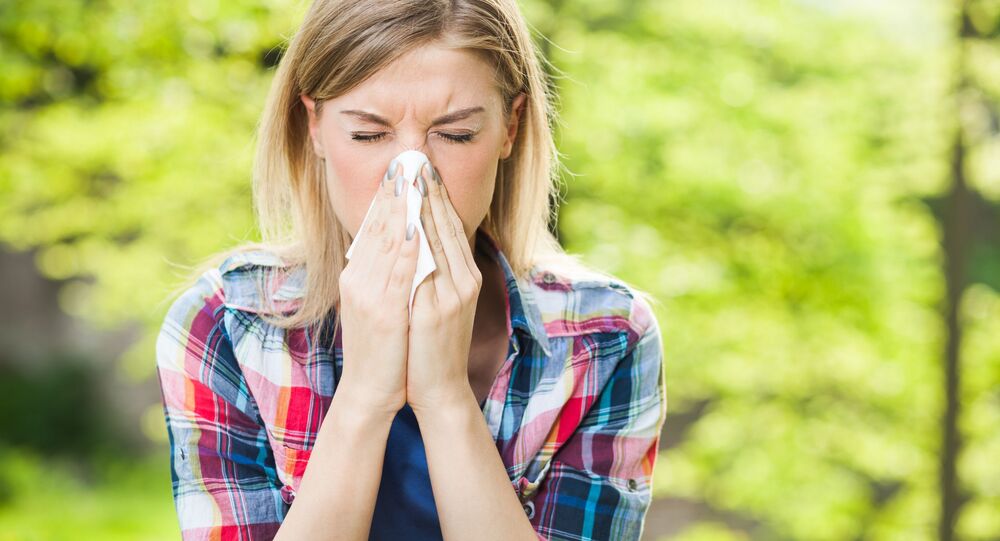 Only a mere distance of 10 kilometers separates the Finnish Imatra from the Russian border town of Svetogorsk, yet the Finns are much more susceptible to allergies than Russians, a new survey shows. The reason for this, according to the research, is that the dust in the Russian homes is more diverse than in Finland.

The environment, weather and food are about the same on the both sides of the Russian-Finnish border. What does differ greatly, however, is the amount and the quality of bacteria, which also contributes to the Finns' suffering more from allergies.

"The Finnish dust is what we call "dead," while the dust in Russia seems to be teeming with life," says Kimmo Saarinen, director of the South Karelia Allergy and Environment Institute, in an interview for the Finnish national broadcaster Yle.

Extensive use of caustic chemicals for cleaning has been identified as the possible reason. Chemicals containing biocides kill away the good bacteria as well.

According to Hult, the Finns, who have quite a reputation for their tidiness, are unconsciously destroying all the important microbes and bacteria that one actually needs to feel well.

Barbro Hult means that even the much desired Finnish welfare actually leaves a negative effect on the Finns' health. Living in urban surroundings with streets paved with asphalt and concrete keeps one from spending more time in the nature.

"Everything is so sterile in a sense that we don't have to dig the earth any longer. Before, we lived in the country and were in contact with animals. At that time there weren't so many allergies around," said Hult.

Last month, Professor Mirja Salkinoja-Salonen of the Department of Applied Chemistry and Microbiology of the University of Helsinki identified strong detergents, containing biocides, as the reason behind the wiping out of the "good" bacteria. This is paving the way for mold at schools and workplaces, increasing health risks.

Accordingly, Elisbeth Eriksson of the Finnish Martha Organization, which for over 100 years provided the Finnish housewives with advice in home economics, advocates the use of traditional cleaning methods.