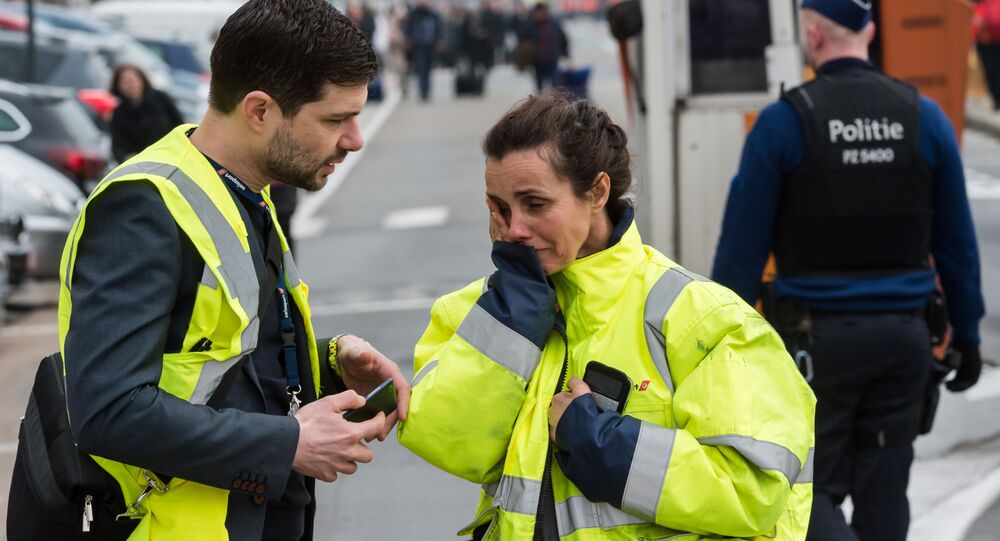 Belgian security and intelligence services, along with other Western intelligence agencies, had advance warnings about the March 22 attack in Brussels, according to Haaretz.

According to the Israeli news website, security services in Belgium had precise warnings about the attack on the airport and, likely, the subway as well.

The attack was reportedly planned in Raqqa, Syria, the de-facto capital of the Daesh terrorist group. Even the name of the primary organizer of the attacks, Salah Abdelslam, was known. Abdelslam was behind the Paris attacks, after which he fled to Belgium, where he hid until a week before the Tuesday attacks.

Abdelslam's arrest is thought by some to have been a signal triggering Tuesday's attacks. The attack, apparently, had to be carried out early, since Abdelslam could give away information about the Daesh airport and metro attacks.

Najim Laachraoui, the man who assembled the explosive devices and the third of the suicide bombers, was a target for a "massive manhunt" across Brussels, is now reported dead, as his DNA was found on one of the explosive belts. This information is yet to be proven.

Defence One details elements that brought about the Tuesday bombings.

Belgium has a significant Muslim population concentrated in the Molenbeek district, an area notorious for high unemployment, poor education, and a lack of government services. The district is considered the epicenter of jihadism in Belgium, beginning in the 1980s.

Belgian police began raiding Molenbeek on a regular basis following the November 2015 Paris attacks. From November 21 to 25, security searches covered the entirety of the city, with the capital effectively on lockdown. Schools and public transit were closed. NATO and the European Union, both of which are based in Brussels, found their operations disrupted. Despite the efforts of 1000 police officers searching for Salah Abdelslam, the terrorist remained hidden.

© REUTERS / Yves Herman
People shop at a market in the neighbourhood of Molenbeek, where Belgian police staged a raid following the attacks in Paris, at Brussels, Belgium November 15, 2015

One of the problems was understaffing. According to Belgian officials, security services were overwhelmed. It was revealed that a just few hundred agents were tasked to keep watch over thousands of potential militants.

© AFP 2020 / DIRK WAEM / BELGA
'Ongoing Dirty War': The Cause and Effect of the Brussels Bombings

The problem, however, is wider, with roots deep in an overgrown European Union bureaucracy and the Belgian division between French- and Flemish-speaking citizens. Both distrust and a slowness to take action led to security services both inside and outside of Belgium to be unable to act or communicate effectively. Belgian security found itself shackled by an inability to take bold and effective action and simple information overload.

At Least 12 US Citizens Injured in Brussels Attacks