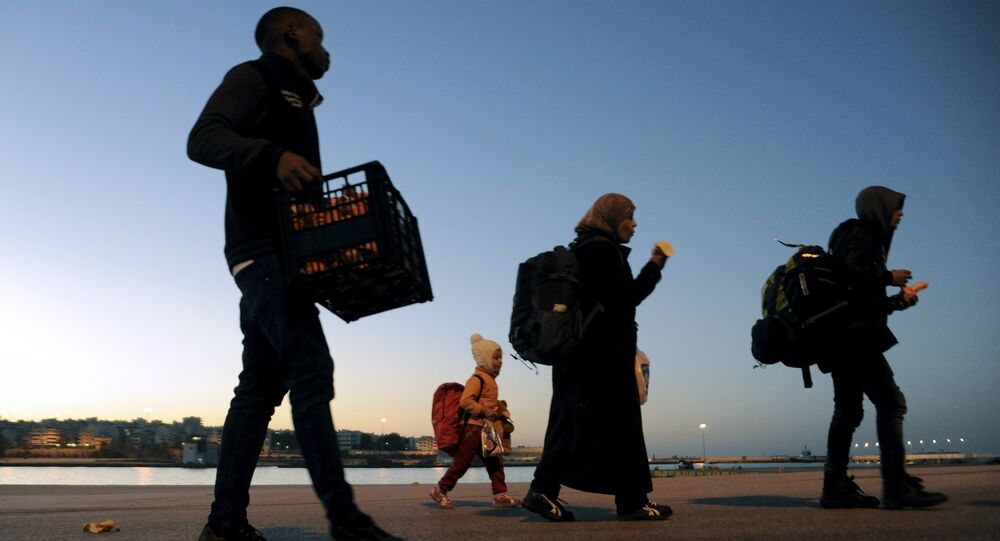 The current reception conditions and systems for assessing asylum claims and dealing with refugees in Greece were in need of urgent strengthening, according to an advocacy officer with the Norwegian Refugee Council (NRC) on the Greek island of Chios.

© REUTERS / Kai Pfaffenbach
Senior Merkel Ally Warns EU-Turkey Deal Could Lead to Kurdish Exodus
MOSCOW (Sputnik), Alexander Mosesov — The pace of the enactment of the EU-Turkey migrants agreement is too fast for the Greek authorities to react adequately, an advocacy officer with the Norwegian Refugee Council (NRC) on the Greek island of Chios told Sputnik on Monday.

Earlier in the day, media outlets reported that at least 875 migrants had arrived in Greece in the last 24 hours despite the EU-Turkey agreement stating that all undocumented migrants who crossed by land or sea from Turkey toward Greece would be automatically returned.

"The pace and speed at which the deal has been put into effect has not allowed the Greek authorities adequate time to react to the changes, nor has the promised extra capacity and support from the EU had time to materialize. Specialized asylum and legal officers are required to support a major asylum process – thousands of individual asylum claims in Greece need to be assessed," Dan Tyler said.

Tyler also added that the current reception conditions and systems for assessing asylum claims and dealing with refugees in Greece were in need of urgent strengthening.

"This would be a challenge for any country, let alone Greece which is already dealing with huge financial pressures," the advocacy officer said.

© REUTERS / Stoyan Nenov
Over 50,000 Refugees Stuck in Greece Amid West Balkan Route Closure
Last week, Brussels and Ankara struck a deal under which all migrants who arrive illegally through the Turkish border to Greece, starting from March 20, will be returned to Turkey. In exchange, the European Union will resettle thousands of Syrian refugees directly from Turkey.

Under the agreement, the European Union is expected to accelerate Turkey's bid to join the union and introduce a visa-free regime between Turkey and Europe, as well as granting a total of 3 billion euros (over $3.3 billion) to Turkey to help it provide for refugees on its soil. An additional 3 billion euro in assistance to Ankara may be given by 2018.